Apparently traveling i not always a pleasant endeavour, or rather, sometimes things don’t turn out as well as you hoped. I got up bright and early this morning, intent on going to an old Soviet fallout shelter to fire and Ak-47 at a card board james bond. About three quarters of the way there I realized I had forgotten the one essential thing I must not forget, my passport. The bus to Tallinn was scheduled to leave promptly at noon and by this time I couldn’t go back to the hostel, get the passport and start out for the shooting range again without risking to miss the bus. So, hanging my head in despair, I walked home with less energy in my step.

The four-hour bus journey was uneventful but comfortable, probably due to using an international luxury bus company rather than the local counterpart. While speaking about buses, I noticed that some of the city buses in Riga had been bought from the region around Göteborg, the outlines of an old Västtrafik  sticker clearly visible in the otherwise faded paint.

Finally in Tallinn we found our hostel then went to have some dinner at medieval style Hansa House. The place had  a really nice atmosphere of an old merchant guild or the ike with a small live band playing medieval songs and all the staff dressed in traditional clothes. The food however was not really to my taste, altogether too sweet as fifteenth century Estonians hardly had any spices. It was rather expensive too but it was worth a try.

Having seen a bit too much of old towns of late, intermingled with the lingering feelings of disappointment from this morning, I failed to enjoy the evening stroll along cobbled streets. I could see that the houses were nice and I knew I should have been merrily clicking  away with my camera but I just felt uninspired, so me and Yini headed back to the hostel earlier than we otherwise would have.

On the way back we decided to withdraw some money but I found out I would have to transfer some to my expense account first which demanded an internet connection so we sought out a McDonald’s advertising free Wi-Fi but to no avail; the connection to the web just wouldn’t work. Of course this could be solved by a trip back to the hostel but it felt annoying none the less. So here I am, at the end of a bad day recounting my experience. As luck would have it there is a similar shooting range here in Tallinn, hopefully a trip there will rekindle my spark. 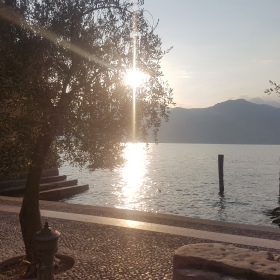