Yesterday, Renegade Wife and I slept as long as we could to kill the jetlag, then spent the afternoon exploring Reykjavik. It’s a pretty small town for a capital city, and we didn’t see all that much. Today we headed out in our battered old rental car (the company Sad Cars that we rented from has older cars and lower prices than most other rental firms) to see the real Iceland.

We did what is commonly called the Golden Circle, a tourist rout that heads north out from Reykjavik then bends off towards the inland  and comes back in a roughly 200 kilometer loop, with several sight seeing spots along the way. First stop was Thingvellir National Park, a desolate moon landscape of yellow grass and broken rocks, criss crossed by small streams, that fits perfectly into my definition of the middle of nowhere.  Barren and beautiful but a bit less awe inspiring than I had hoped for. 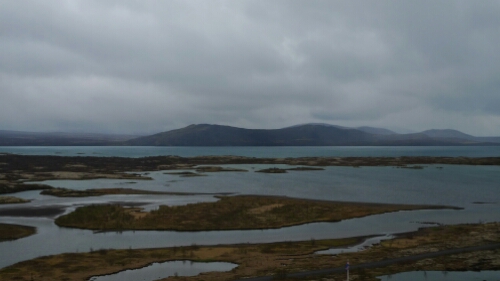 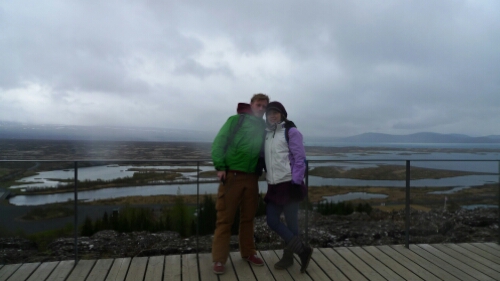 Point two on the rout is furth inland, a small area of volcanic activity called Geysir where there are several geysers of different size (the word geyserhas its origin in the name of this place). I had expected larger fountains of water to shoot into the sky but what we saw was fairly small ones. Despite that, the place was well worth the visit, with the bubbling ponds and the iclandic landscape all around. 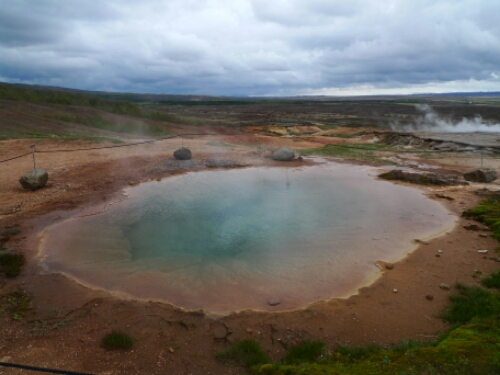 One of the smaller geysers

I was lucky enough to catch an eruption 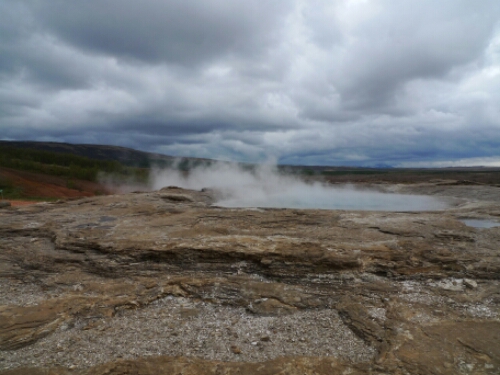 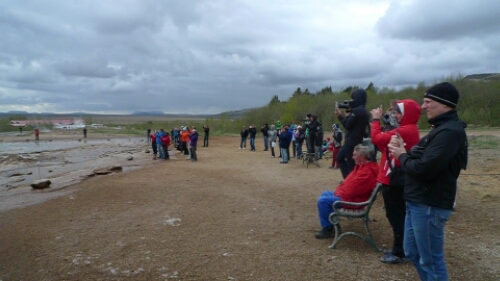 People waiting to photograph an eruption

The third stop was just a few kilometres away from Geysir, a gigantic waterfall called Gullfoss. This place is impressive, already from the road we could see clouds of mist rising above the landscape, and as we got closer, we heard the roar of the falling water, and the clouds got bigger. It is a pretty wide river that dips down into a deep canyon, and the resuting waterfall is just massive, to stand above it and look down, or go down and stand on a cliff protruding put right next to it is really awesome.

Lookout over the waterfall 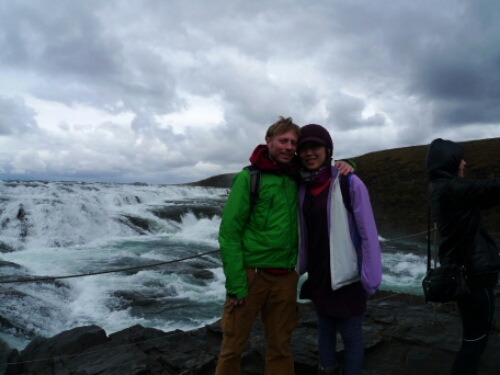 The mighty  Gullfoss and happy couple

It almost looks like plastic models near a small stream

The last stop along the rout is the crater of a dormant volcano called Kerid. It’s pretty small, only takes some ten minutes to walk around it, but the red colored lava stone and turquoise waters make it a pretty place to go for a stroll just a little bit too windy for my taste.

From Kerid, most people should turn back towards Reykjavik and their hotel. Not so us, when we got back to the round island ring road, we head east towards our stop for the night on Vik. We stopped a few times along the way to check out some cool thing, a great privilege you have when driving your own car as opposed to trains and buses. 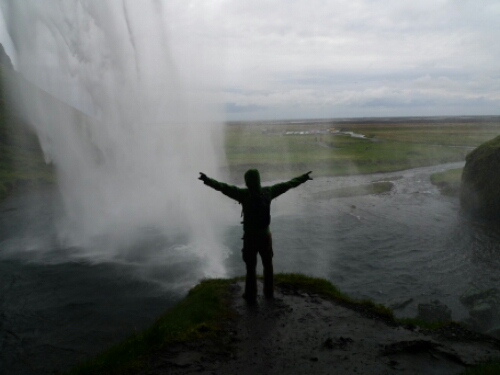 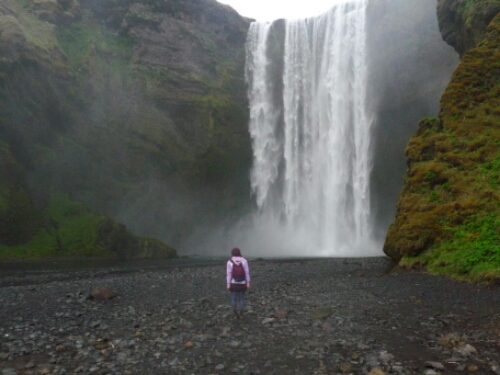