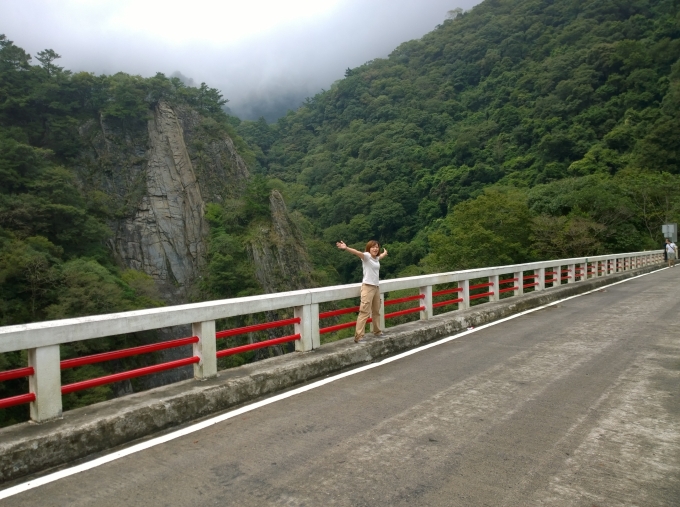 We slept surprisingly late this morning so when we got up we quickly packed our bags, checked out and went for lunch. After lunch we made a little detour up Lala mountain (such a cute name) drove through mist so thick we could barely see the road ahead of us, up to the Devine trees walking trail. Along the trail there are several gigantic cypress tress, thousands of years old. It’s pretty impressive. 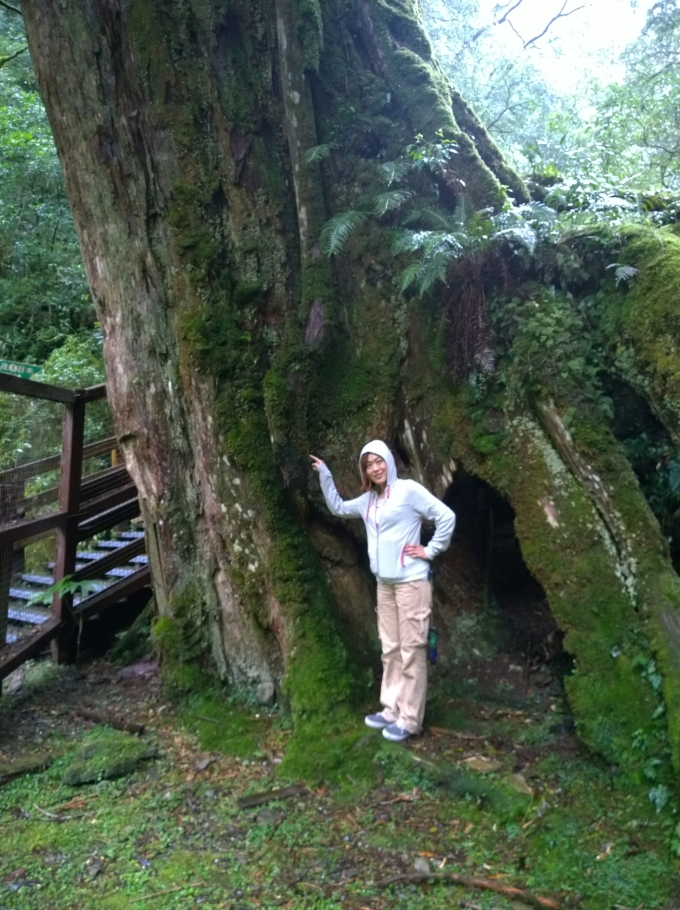 We crept slowly through the mists and back dow the mountain, passed through the village where we had spent the night then headed east.

Along the way we made a short stop at a small recreation area or park. It turned out to be a former presidents summer retreat. A few of his private gardens were very nice and the landscape was almost more like Switzerland rather than Taiwan. 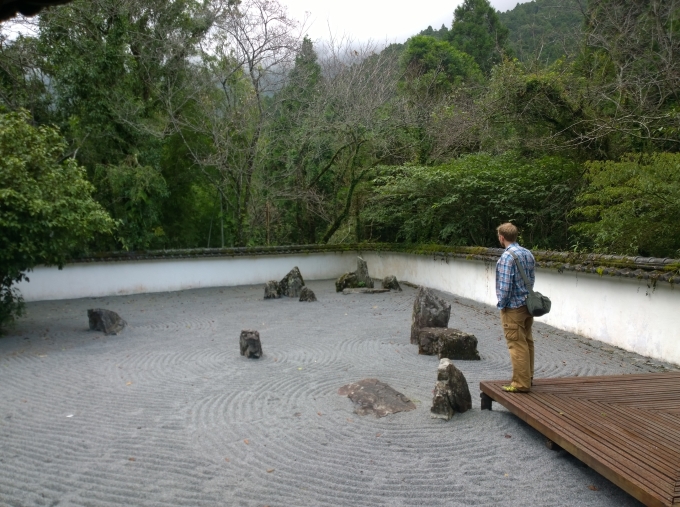 When we left the garden it was close to getting dark so we didn’t make any more stops. Instead we headed straight for the eastern city of Yilan on a road that could have been part of a rally stage. Though it was raining on and off during the day we still had a good time.