Several years ago Yini went to a mountain trail in Nantou county called Sky Ladder, but since she was with a friend who was not so used to mountaineering, they had to turn back after. Just a short distance. Ever since I heard about our, I’ve wanted to go but I haven’t had a chance until now.  Yesterday evening me and Yini drove down to a small town on the outskirts of Taizhong, after a night in a motel there, we continued to Zhushan township and the sky ladder trail this morning. Perhaps I had too high expectations because the trail was not quite as formidable as I had imagined, but there were some stunning views along the way none the less.

Panoramic view from the road up

The mountains here are absolutely covered in bamboo 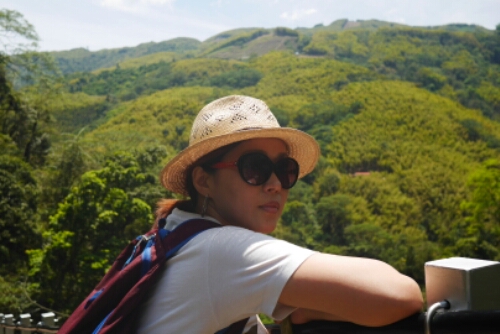 Yini on the bridge 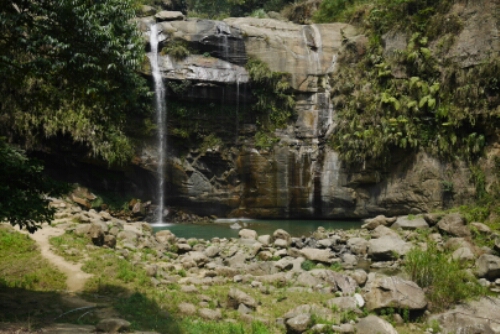 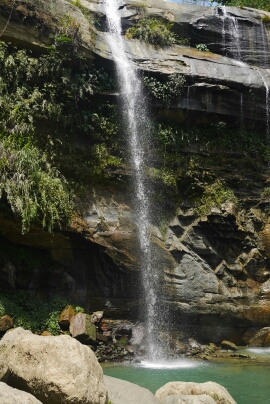 The Qinglong (turquoise dragon) waterfall near the end of the trail.

The bridge looks more formidable on the way up.

The way back was more uphill thus considerably more strenuous but we made it back with a few rest stops. I was less impressed with the trail than I thought I would be but it felt good to finally go there. Anyway, we got in the car and continued up the mountain to the high altitude tea gardens. The rows uppon rows of tea bushes covering the mountain side, almost like waves of dark green among the lighter greens and yellows of the bamboo is a beautiful sight. Seeing the old ladies in their bright flower print clothing and sun hats, walking up the slopes harvesting tea leaves, is pretty impressive too. There’s something quintessentially Asian about the combo of tea and bamboo.

The first tea field we encountered 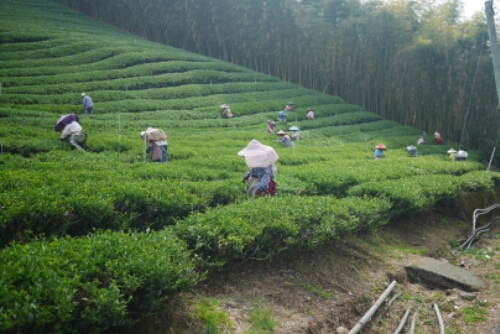 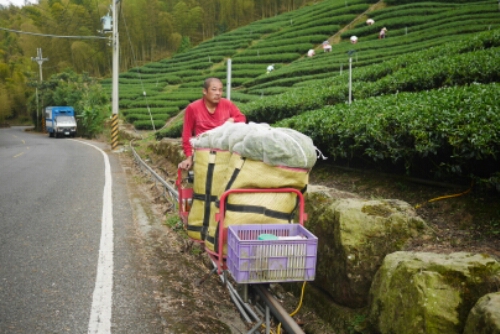 This nifty little monorail car helps get the leaves down from the steep hill. 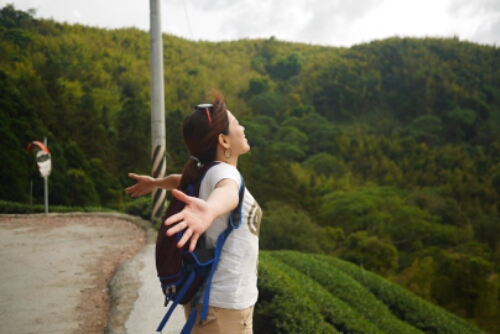 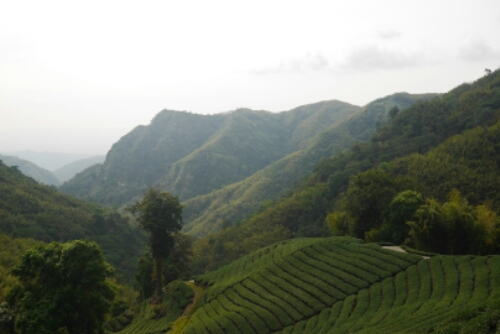 Here is the view she’s enjoying 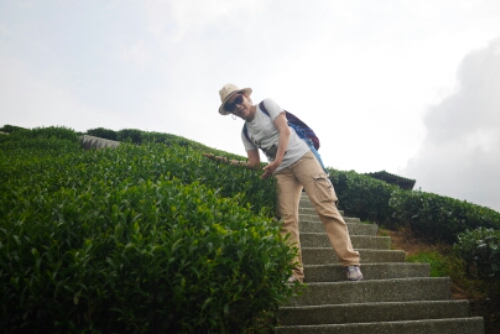 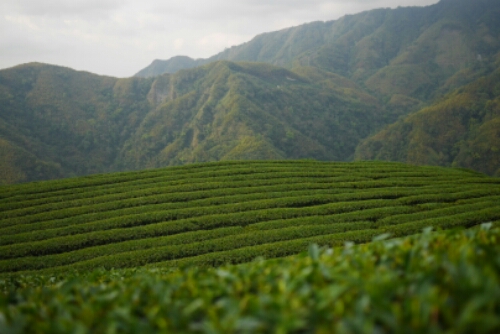 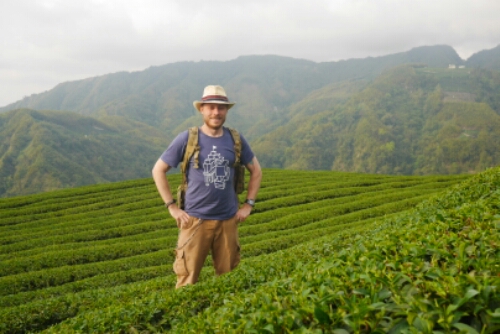 Both of in the fields of tea

A rare photo of Yini and Anders together

When we felt we had our fill of tea (both drinking and viewing) we rolled down the mountain and stopped at a cafe for dinner. The food was pretty uninteresting but sitting on the terrace watching the sunset over the lush landscape was splendid. Once the sun was down we continued down to a town called Xitou and found a hotel. When we checked in they asked if we wanted to join a short outing to see fireflies which we couldn’t resist. There wasn’t as many fireflies as we saw in Hsinchu last year but still a nice way to end a great day.

A final photo, no nightshot this time but some tea and mountains