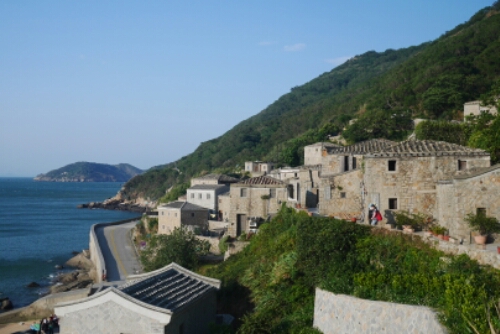 Because my wife is awesome, she gave me a trip to the island of Matsu for my birthday. So this morning we took off to the airport for a four day trip. When we got to the airport we learned that the flight was delayed so we ended up waiting for around an hour. We finally got in the air but about half an hour after take off the captain let us know they had some mechanical problems and we had to turn around and go back. Except for a bit of turbulence on the way down everything went well. Once we got on the ground it only took about half an hour until they got us onto another aircraft and we were finally on our way.

Now, I don’t begrudge them for turning around, I’d rather be late than dead, but it did mean we lost a bit of sightseeing time. When we finally got on the ground (after one of the shakeiest landings I’ve ever experienced) we were famished, so we checked in to our hotel, grabbed a quicke bite to eat then went out to see a bit of the island while there was still some daylight. For those who don’t know Matsu is a small cluster of island within spitting distance of mainland China. Because of the proximity to the mainland, Matsu has always had a large military presence and the islands were even  bombarded by the communists in 1958. This military presence is still visible today as there are several bases and bunkers all around the island, however you are not allowed to take photos of them.

Anyway we did not have a chance to see that much today, we basically just road around on our scooter, enjoying the nice weather and the splendid view.

View of the bay 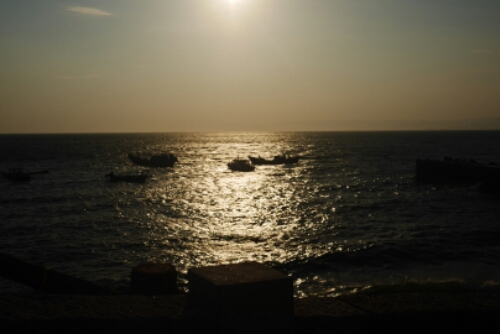 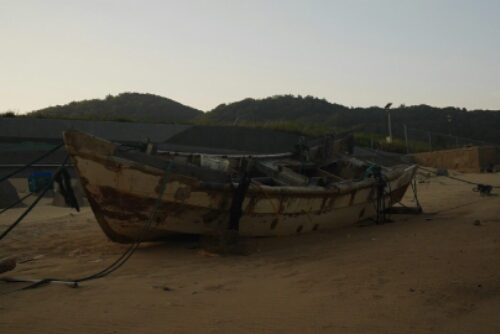 Boats pulled high up on land

The place is full of  military slogans like this one.

Night view of the village

We plan to make an early start tomorrow and explore more of the island, there should be some military installations we can get into. I’m really looking forward to it.

As always, a beautiful shot to end the post