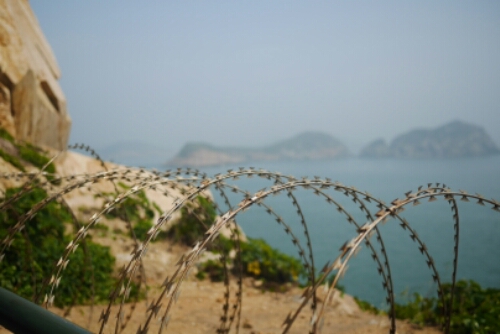 We woke up pretty early this morning and after a quick breakfast on the terrace overlooking the ocean we went for a stroll in the little village where we slept. I really felt like somewhere in Southern Europe, old style stone houses climbing the cliffs just above the water.

sitting on the wall enjoying the sun

can you believe this is Taiwan?

After walking around for a little while we got on the scooter and drove to the War and Peace Memorial Park. Unlike most other military installations on the island there are some here you can get into and take photos of as much as you want.

they still have barbed wire at the openings

The cannon opening from the outside

View from one of the gun ports 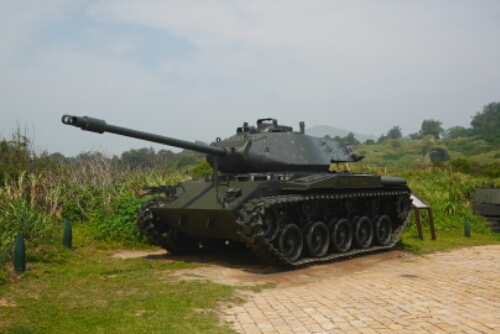 Nice view from a lookout point.

When we were finished at the park we still had some time left before lunch so we did some random exploring.

Eventually we found our way down to an abandoned military fortification. Boy was I happy to go exploring there. 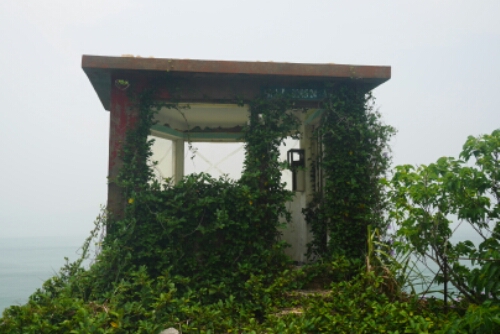 Inside was a bit of a mess 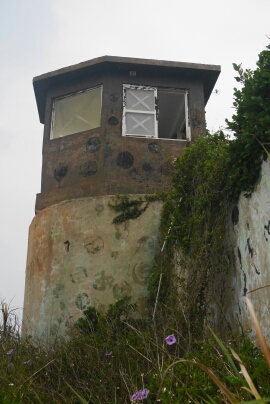 Guard tower from the outside

After lunch we headed to the main attraction of the island, the long tunnel used as a shelter for boats in war time. 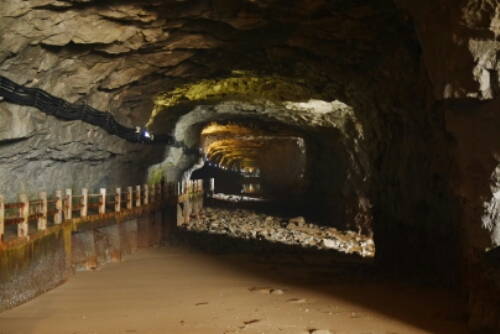 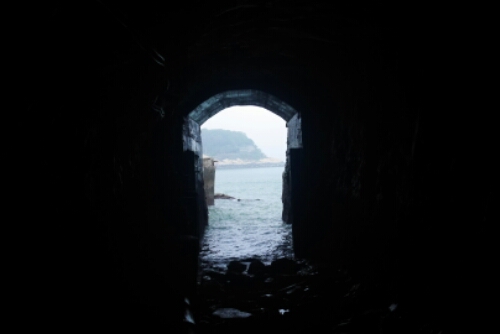 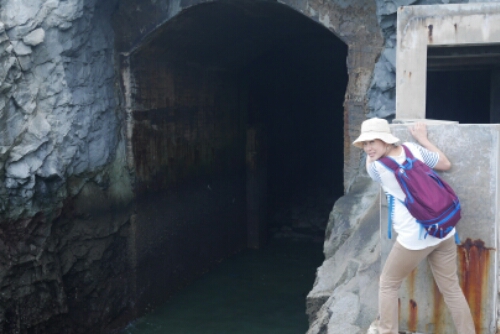 The tunnel was awesome, I absolutely loved it. Having seen the tunnel there was not that much more to do so we decided to move on to the next island. Just as we got off the ferry at Nangan it started to rain heavily so we took a taxi to our hotel. When we got there the rain had let up a bit so we rented a scooter and headed out again.

The street outside our hotel is pretty picturesque

The first stop was Iron fort, another military bunker out on the cliffs. 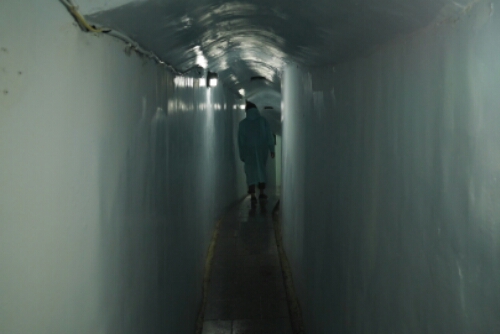 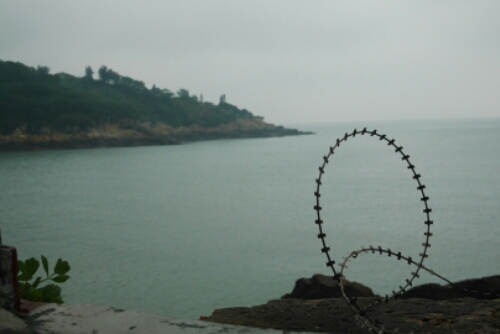 Next we headed up towards a giant statue of the godes Matsu. On the way we found another military tunnel.

It was fantastically long but eventually we got to the exit. A short while later we found another entrance with a small shrine above it for good luck. 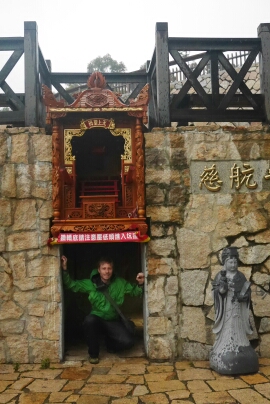 Having seen the statue we didn’t quite know where to go so we rode around randomly until we happened upon another abandoned bunker. This one was really dark inside and almost kind of scary but I liked it. 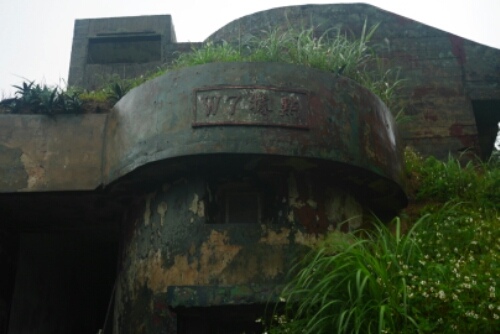 The only light here is from my flashlight 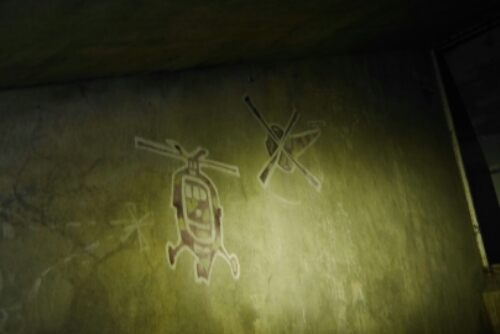 some fun little drawings on the wall

When I got out of there the rain had picked up again so it was just as well it was almost time for dinner so we could dry off a bit. After that we were hoping to see some of the Blue Tears, which is basically bioluminescent alge that makes the water shine with a blue light. Unlucky for us, the rain had forced the alge down from the surface so we saw nothing. We will try again tomorrow night. 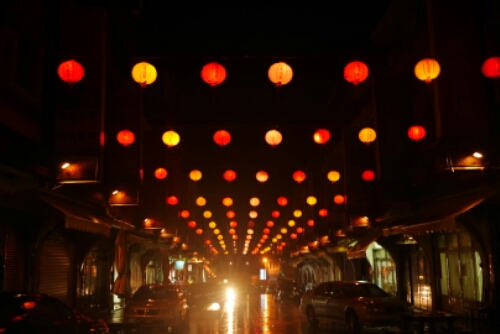