At the end of the Chinese New Year the Taiwanese celebrate the lantern festival. Colorful lantern in all shapes and sizes are put on display on some suitable piece of land for about a week. People come from all over the country come to admire the creative designs, watch the light show and try some tasty snacks at the night market. It moves to a new city each year, but me and the wife were there a few years ago when it took place here in Hsinchu. This year it takes place in Taoyuan, close to where I work, so I figured I might stop by one evening after work and check it out.

Said and done, Yini took the high speed rail to Taoyuan and I met her up at the station. Conveniently enough the festival takes place on the big parking lot right outside the station, so we only had to step outside to start seeing lanterns. 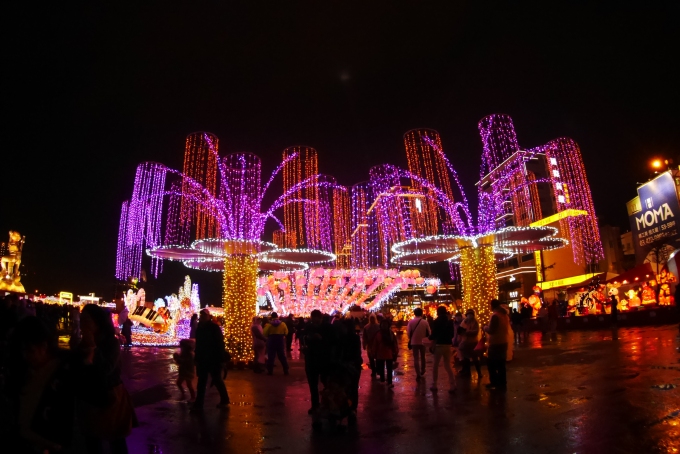 Yini in the tunnel of peach lanterns 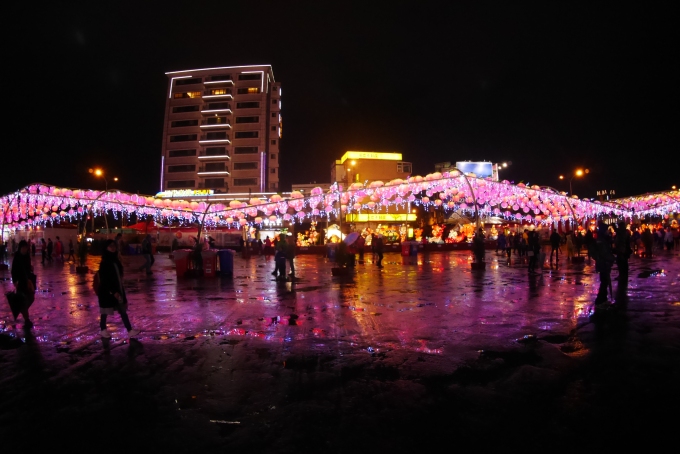 Peach lantern tunnel from the side 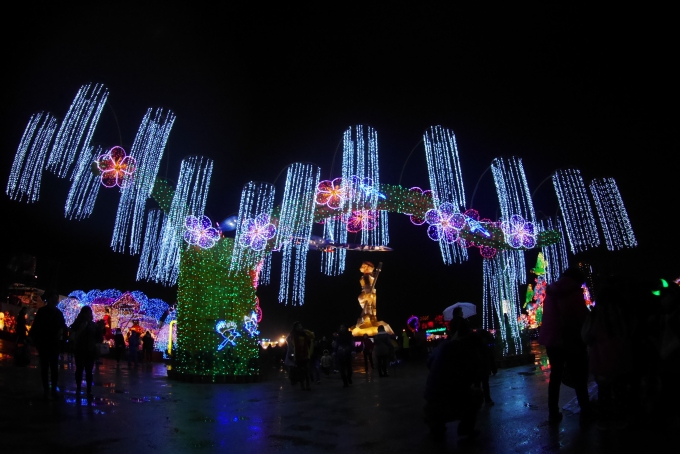 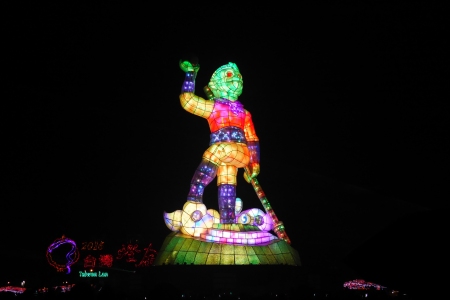 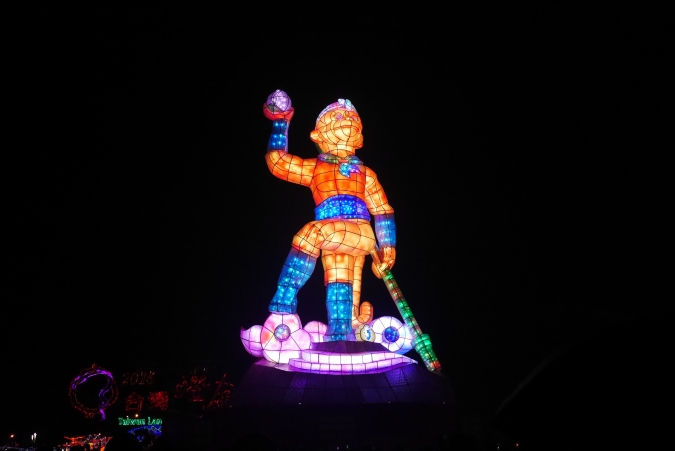 The main lantern is a giant statue of the Monkey King, a character in folk tale Journey to the West, representing the year of the monkey. Several times per night they do a kind of light show, lighting the main lantern in various different colors with techno music blasting in the background. 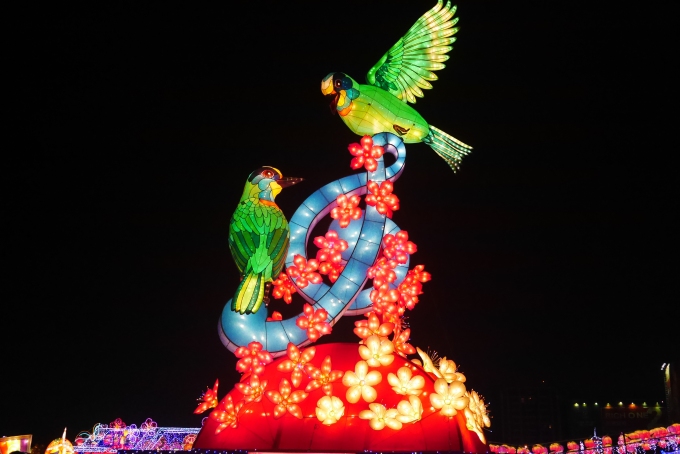 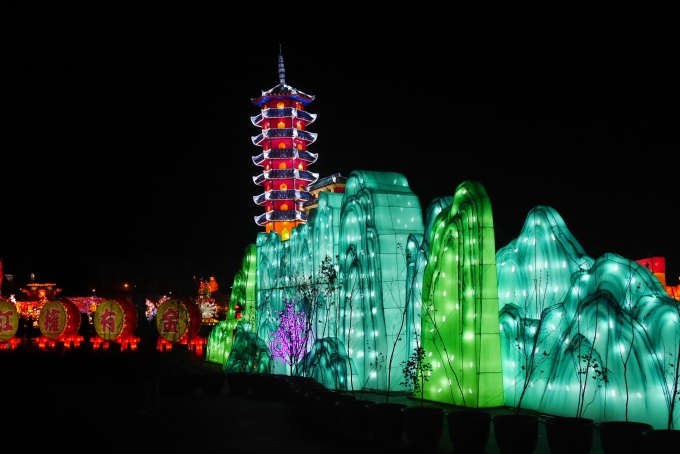 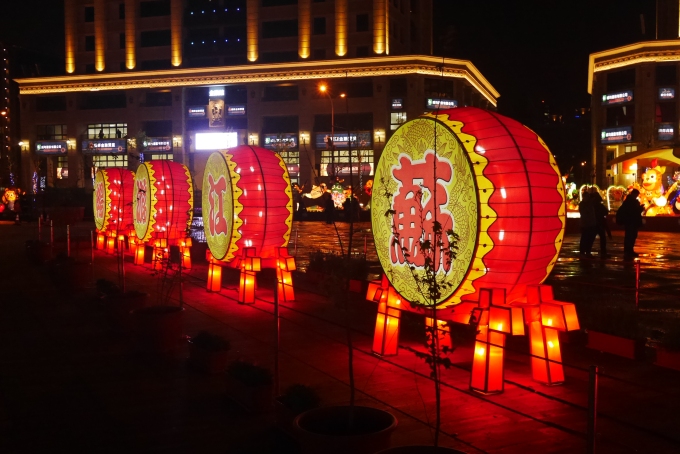 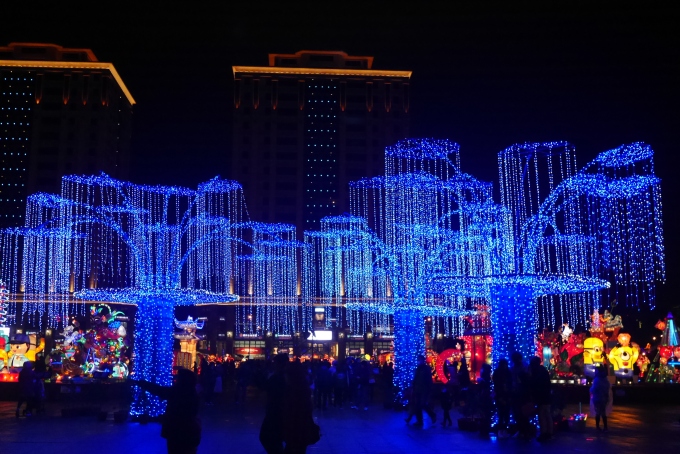 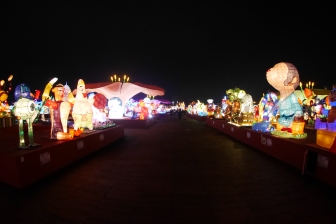 This is my favorite of the tree like things 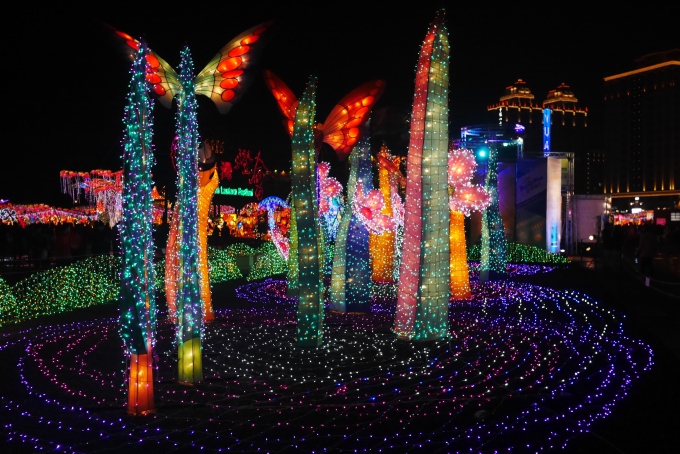 I like the trees wrapped in purple lights as well.

We walked around looking at the lanterns for a few hours, with a short break for dinner in the night market. At the end, in an area slightly off from the main venue, we discovered that they had set up a special religious area. There, several temples and religious organizations had set up some kind of temporary shrines incorporating lanterns. You could actually go up on some of them to get some kind of blessing. I didn’t take many photos because they weren’t as spectacular looking as some of the others but it’s pretty interesting that they had something like that at all. In the christian section we even found one which really reminds me of The Buddy Christ from the movie Dogma.

When we had seen more or less everything we still had about an hour left until our train home was supposed to leave. We spent the time watching the performance on the main stage. It started with some traditional Chinese lion dancing followed by a traditional drum performance. Then out of nowhere the stage was taken over by girls dressed like dinosaur riders (T-Rex costume on the lower half, with fake legs on the sides) dancing to electronic music, it was completely bizarre. Just when I thought it couldn’t get weirder the  girls left the stage and where replaced by a bunch of guys dressed in some kind of traditional religious costumes, dancing to similar electronic music, I almost couldn’t stop laughing.

All in all a very nice evening, plenty of pretty lanterns.