During most of my business trips my parents and I don’t bother to see each other but this time, since my wife joined, they couldn’t resist. So on Tuesday Yini and I took the train north from Napoli to a small town called Chiusi Chianciano Terme in Toscana where my parents picked us up in their rental car. The hotel is in another town not too far away from Chiusi but there are several picturesque little towns in the area so we stopped by a place called Pienza and strolled around there for an hour or so before going to check in. 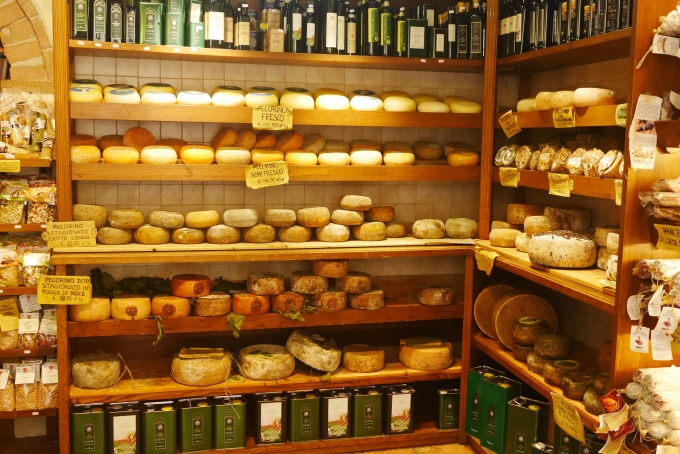 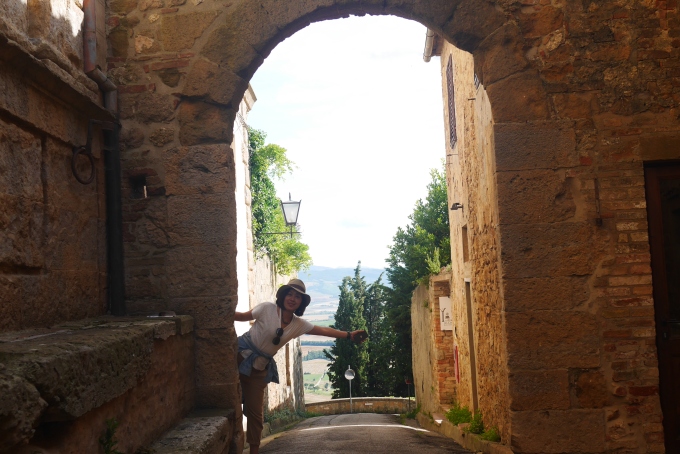 Vault with view of Tuscany landscape 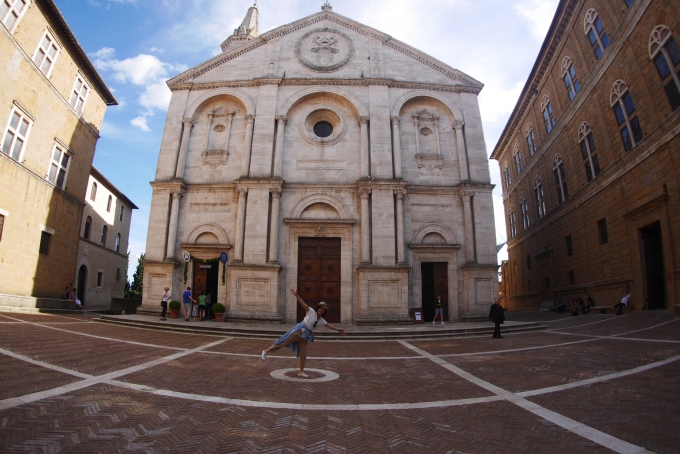 Today was more of the same thing, we drove out in the rolling hills of the Tuscanian landscape, visit one small picturesque town after the other, starting with Colle Val d’Elsa, where the old town sits so high on a cliff top there is an elevator to get up there. 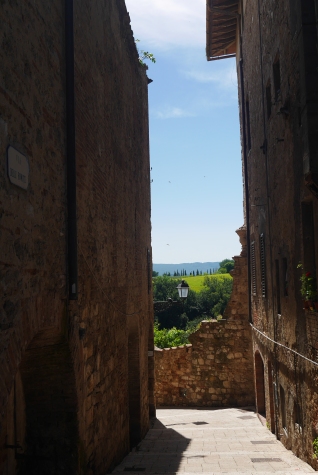 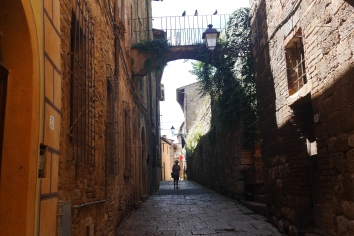 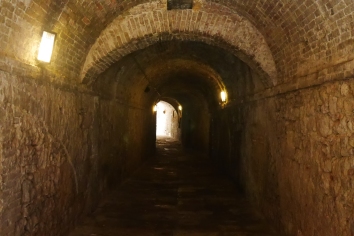 Some streets in Colle Val d’Elsa

View of the Tuscanian landscape

After a light lunch at a restaurant among those rolling hills, we went on to the next place called Volterra which is slightly bigger than Colle Val d’Elsa. While the latter one is very picturesque there aren’t any real tourist attractions per se. Volterra on the other hand is apparantly famous for it’s alabaster, and the church. Many Italian churches are impressive, but the decorations on the inside of this one were breathtaking, I was so busy admiring I didn’t even bother to take a photo; to b fair, I’m not even sure a photo can do the place justice. 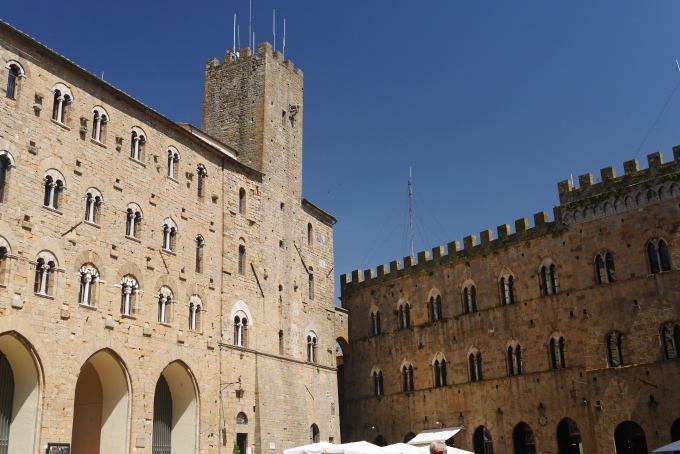 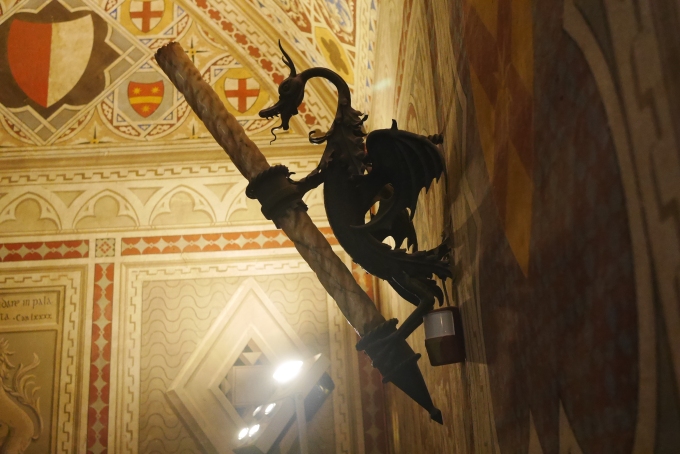 Candle holder inside the town hall 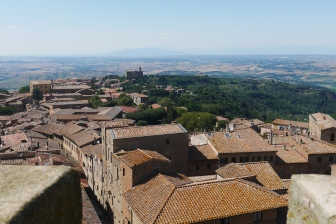 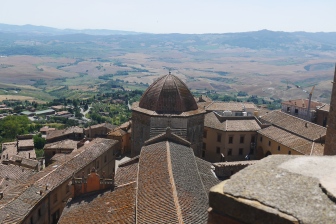 Volterra from on high

The last stop of the day was also the most famous, a slightly bigger town called San Gimignano. The lady the hotel lobby told my mom we should go there later in the afternoon to avoid the crowds. Despite coming there after four, there were still plenty of other tourists afoot. The town however was definitely worth the visit because of it’s many towers which have given it the nickname “Manhattan of Tuscany”. 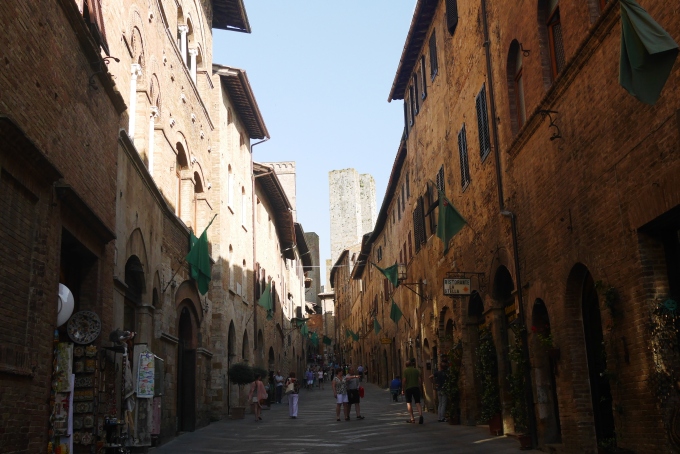 The streets of San Gimignano were busier than the other towns 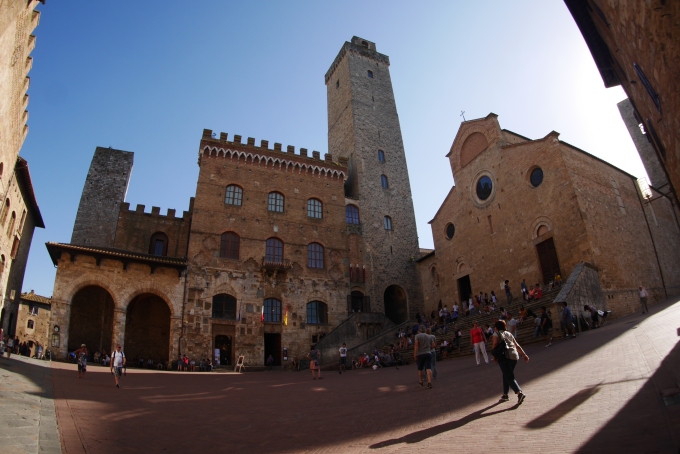 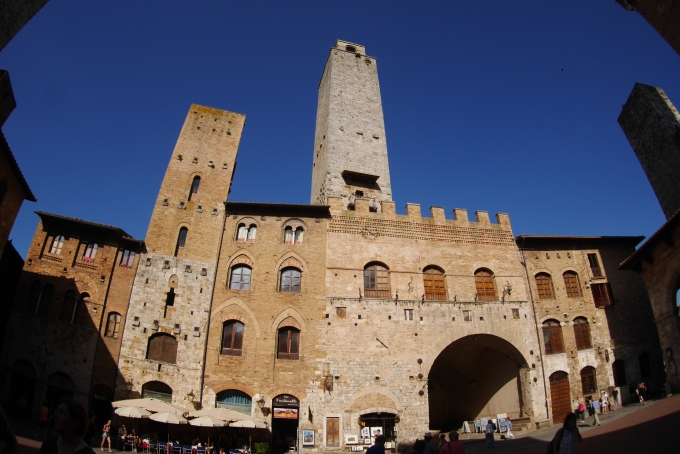 The main square of San Gimignano

For the others it was enough to just walk around but the tallest tower in t´city was open for visitors so I had to climb up. What a view, the roofs of the historic town below me and the ever beautiful Tuscany landscape all around. 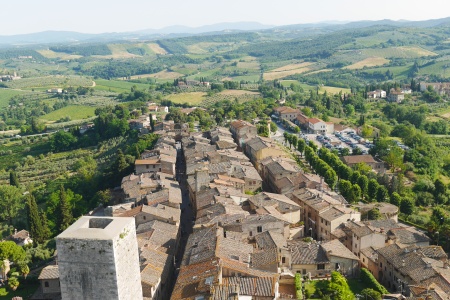 San Gimignano from on high

Landscape views from the top of Torre Grosso

That’s it for today, lets just say Tuscany is a great place to go if you want open landscapes and picturesque little towns.