Some years ago me and a few others went to an abandoned copper refinery in Jinguashi near Keelung. That time we were ill prepared so we didn’t see all of it, but I promised myself I would come back one day. This weekend Renegade Wife needed to work but I didn’t feel like staying inside all Saturday. Since she is not all that into urban exploration, I decided this would be the weekend I went back.

On Friday morning I took the motorbike to work instead of the train like normal, and as soon as I got off work Friday evening,  I rode to Taipei and spent the evening there. This morning I headed out towards Keelung, and after an early lunch I reached Jinguashi around noon. There was one building in particular that I wanted to explore last time but it was too hard to reach so I set my sights on that.

My goal from a distance

I climbed passed the fence  and headed up towards the building but dense jungle stopped me. I rounded one of the other buildings and found some stairs leading upwards, at the top of which was a small trail leading into the jungle. I followed it but it ended in a field I tall grass.

I forged ahead and after a bit of climbing through tall grass and bushes I reached it. To my dismay there was no entrance on this side so I had to climb back down. After a lot of bushwacking I made it round to the other side where I found a steep path leading up to the building.

The climb up was hard work but I made it, finally I was there. I rested for a bit then started to explore. 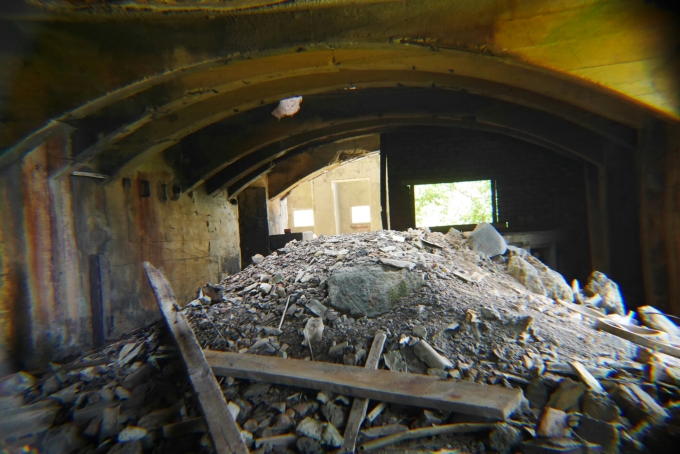 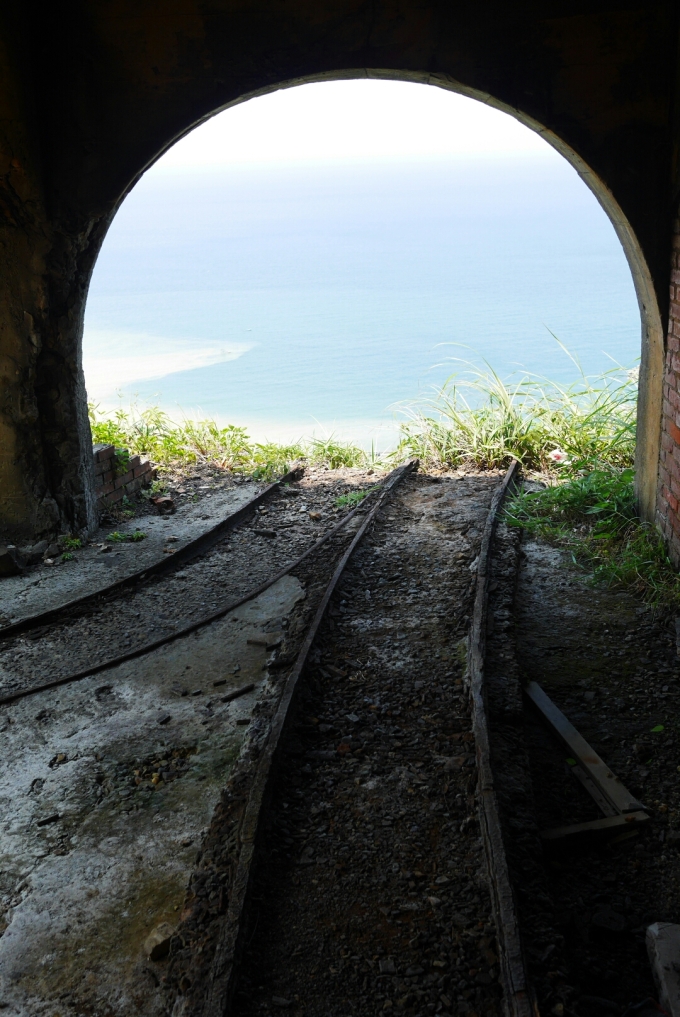 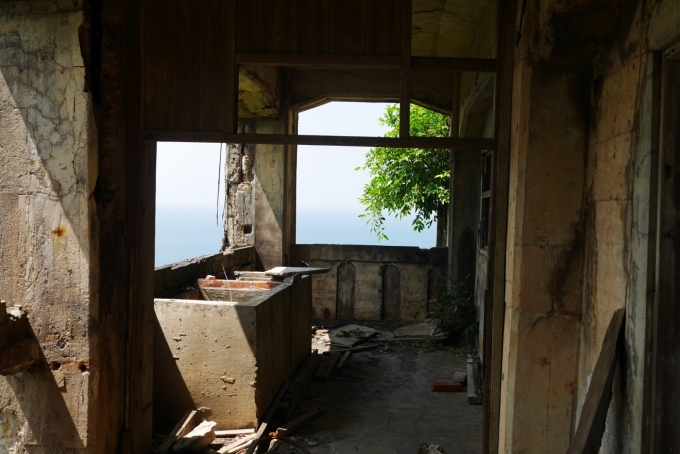 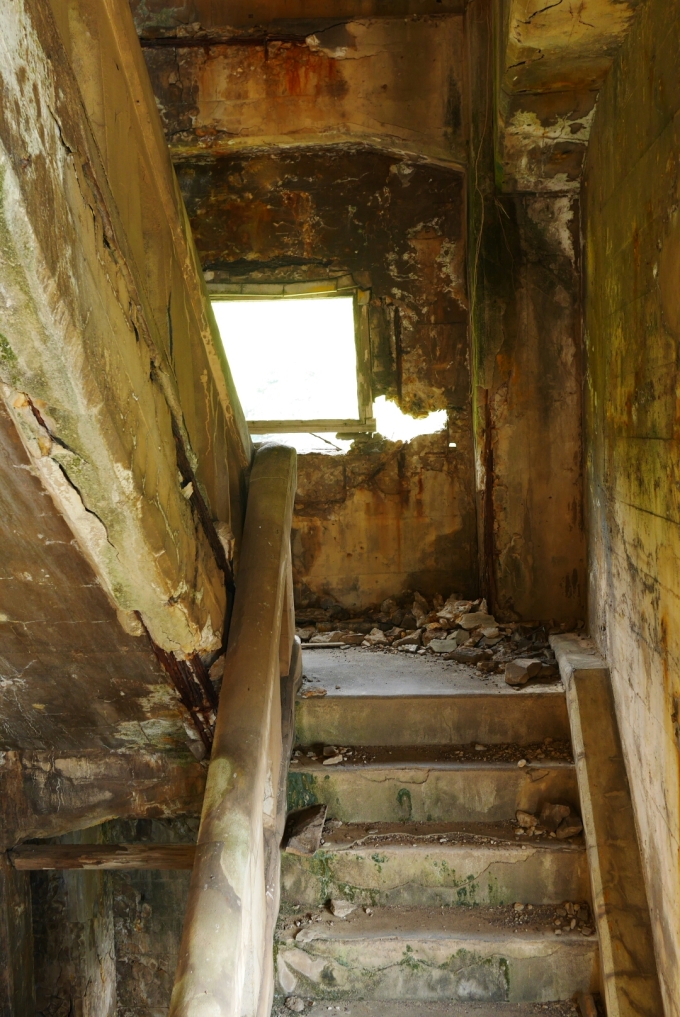 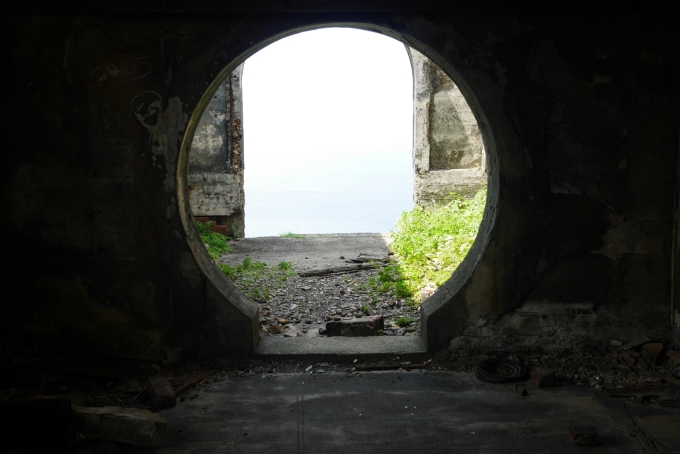 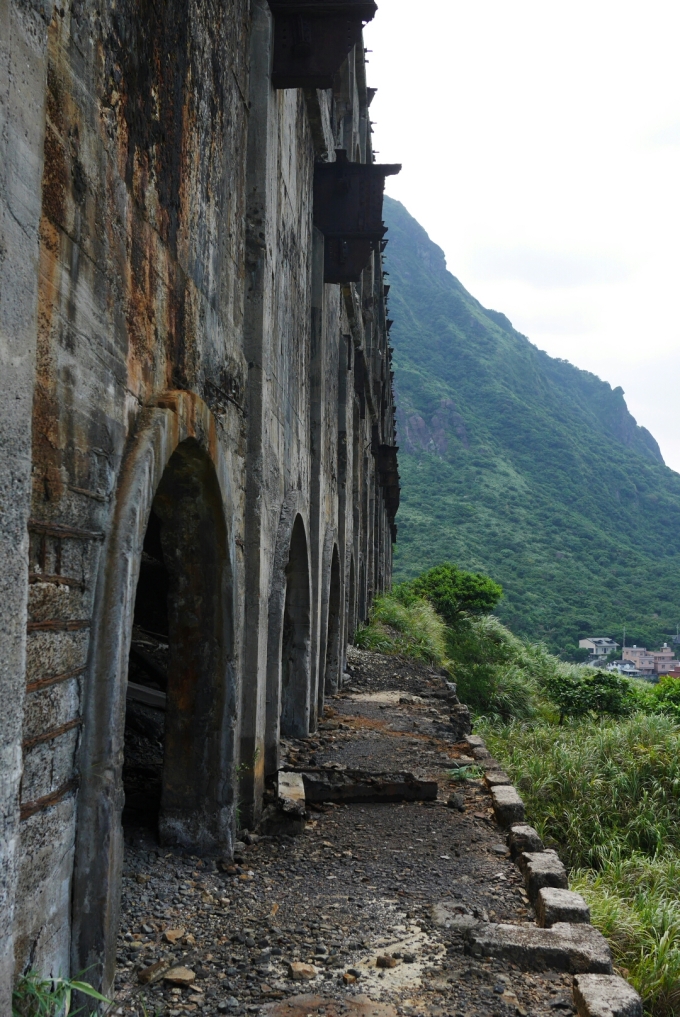 When I had seen all there was to see I made my way back down through the grass and bushes.

The main goal done, I now had the rest of the area to explore. I skipped the buildings I’d already seen and started walking downward, checking the buildings out along the way. 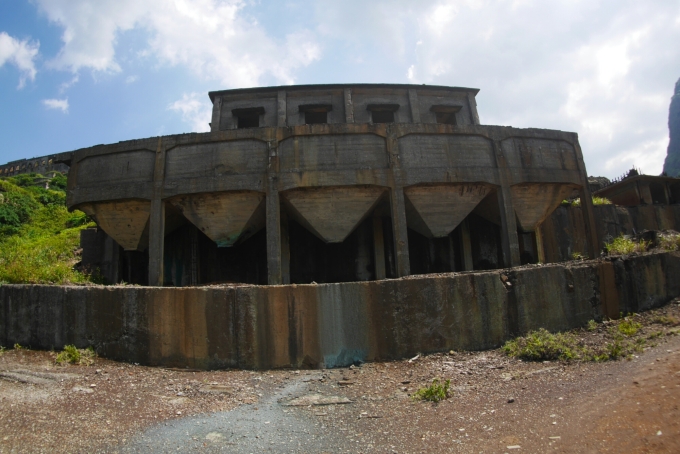 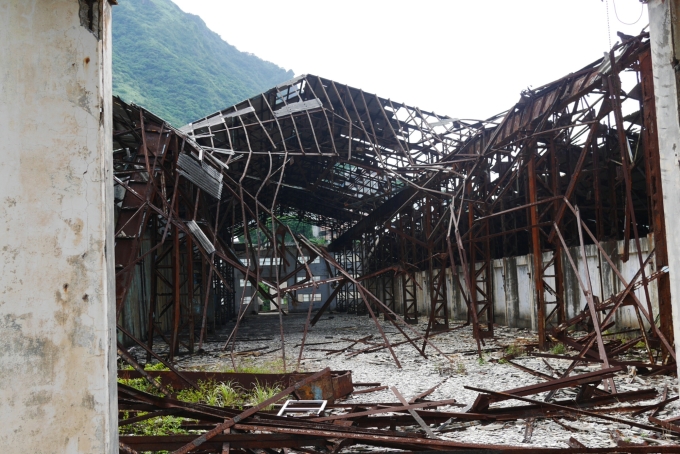 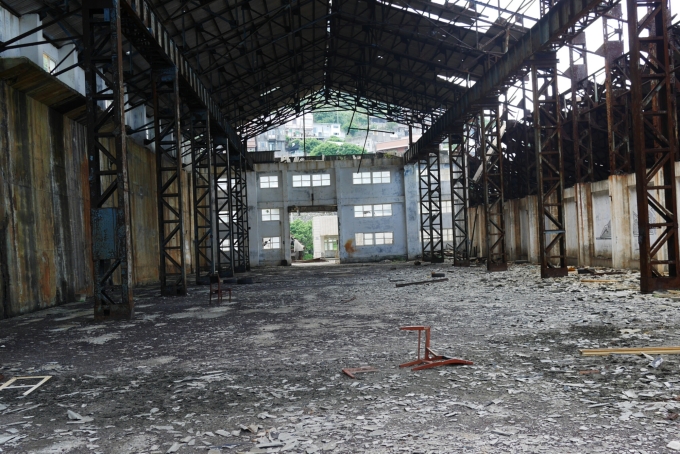 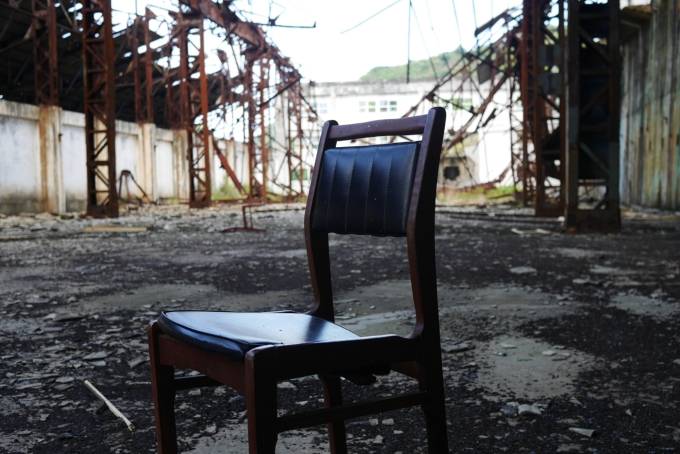 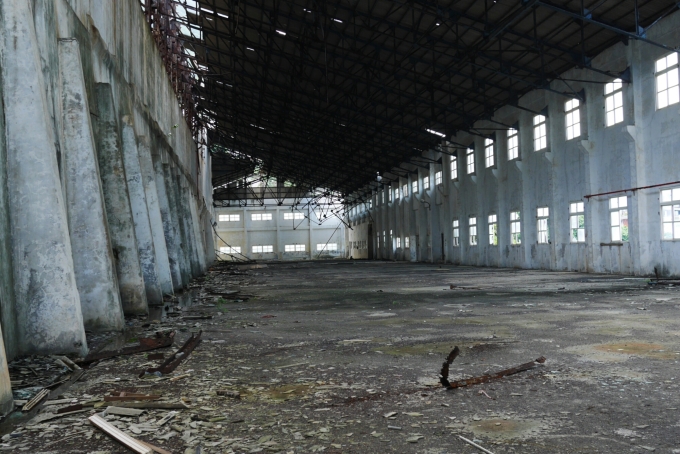 I though I could go all the way down to the parking lot but close to the bottom the vegetation was too thick and I ended up going all the way up again. When I came back to the motorbike I was hot and sweaty but very happy.

The 13 levels factory from the parking lot

I rode out on the coastal road towards Keelung but felt so hot and dirty after climbing around a bunch of ruined buildings I decided to go for a swim. I found a small secluded bay walled on two sides by the coast road sea wall and jumped in. It was super refreshing, and I really enjoyed it.

After that I continued towards Keelung and as a bonus I happens upon another abandoned building. It looked cool but it was in such a bad condition it would be too dangerous to go inside. 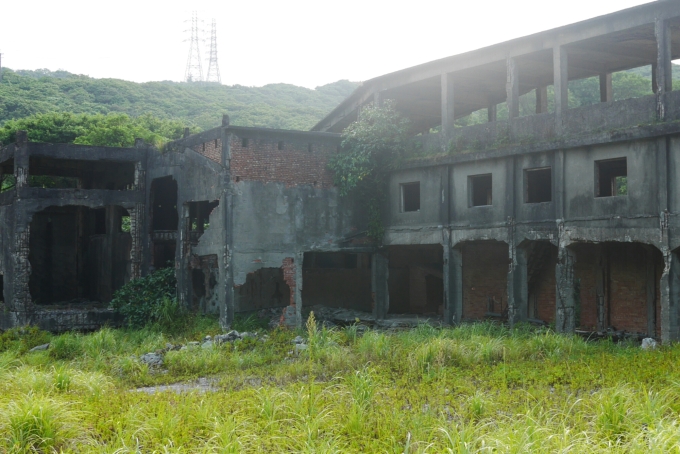 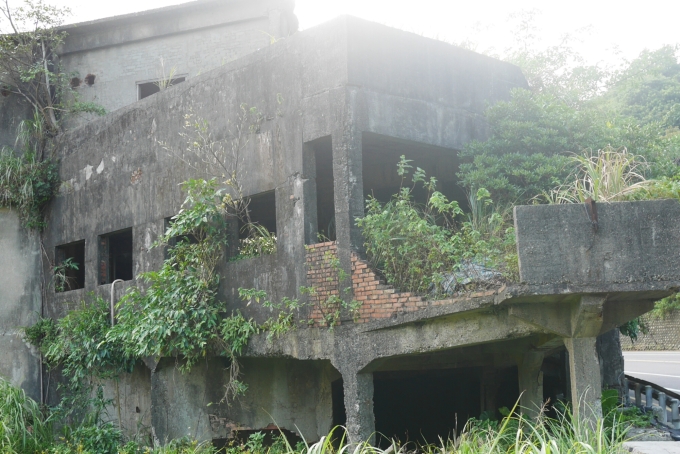 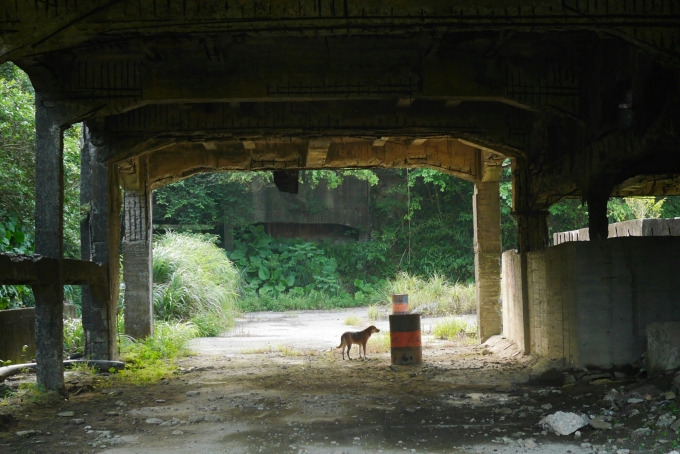 After that it was only a short ride into Keelung where I picked up Yini who came with the train. Despite some trouble with the many one way streets of Keelung city centre,  we found a hotel then went to the night market for dinner. Riding a motorbike, swimming and urban exploration what a great day. 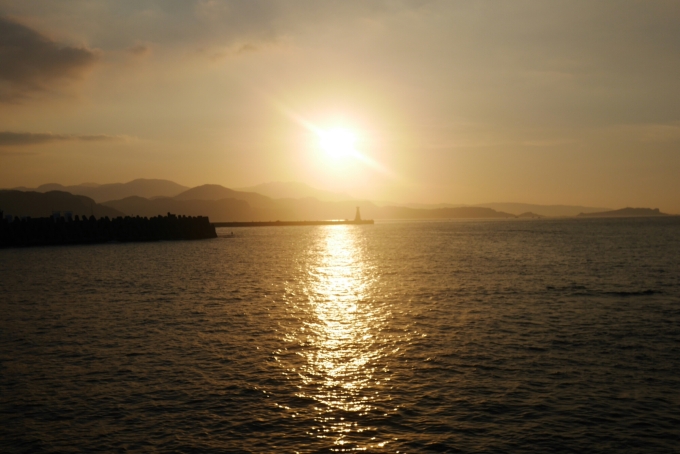 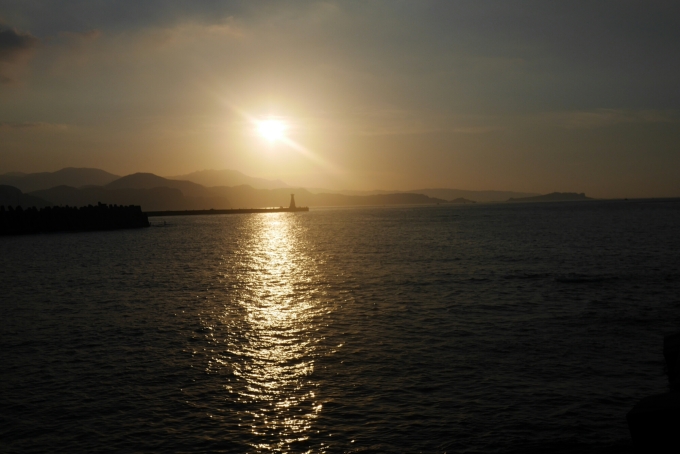