Today we set off towards Taroko Gorge which will be our starting point for the actual crossing. 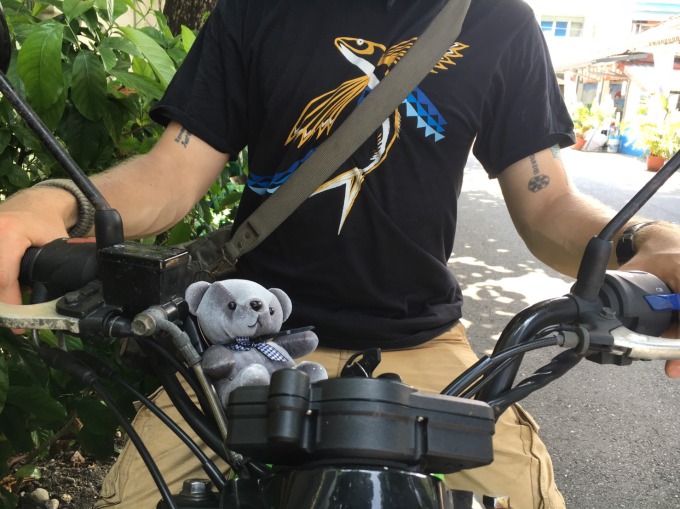 Got a little mascot attached on the motorbike.

A few kilometers out from Hualien city we went down to a secluded beach. When I was younger I would have jumped into the water directly but now I didn’t feel like it. I still took off my shoes, rolled up my trousers and just stood in the water’s edge, letting the waves wash over my feet. By now this has become a kind of ritual for me. 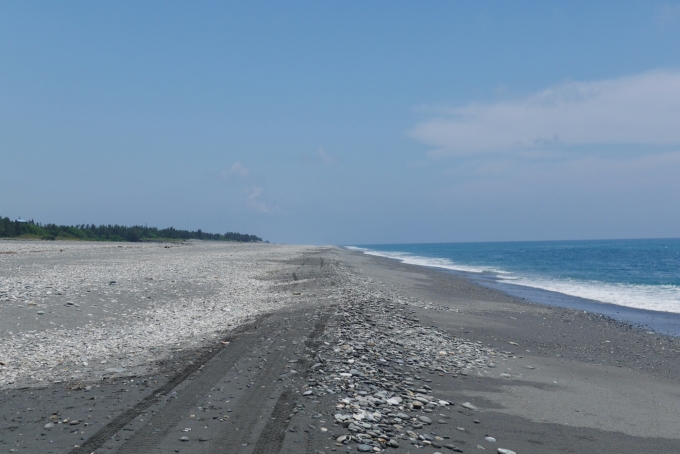 After that we headed inland towards the mountains but before entering the gorge we stopped for lunch. I noticed some abandoned looking buildings just by the road, so after lunch we of course went to explore them. They were rather unremarkable but I would have regretted not getting inside when they were so close.

Having finished exploring the abandoned houses, we headed in to the mountains. 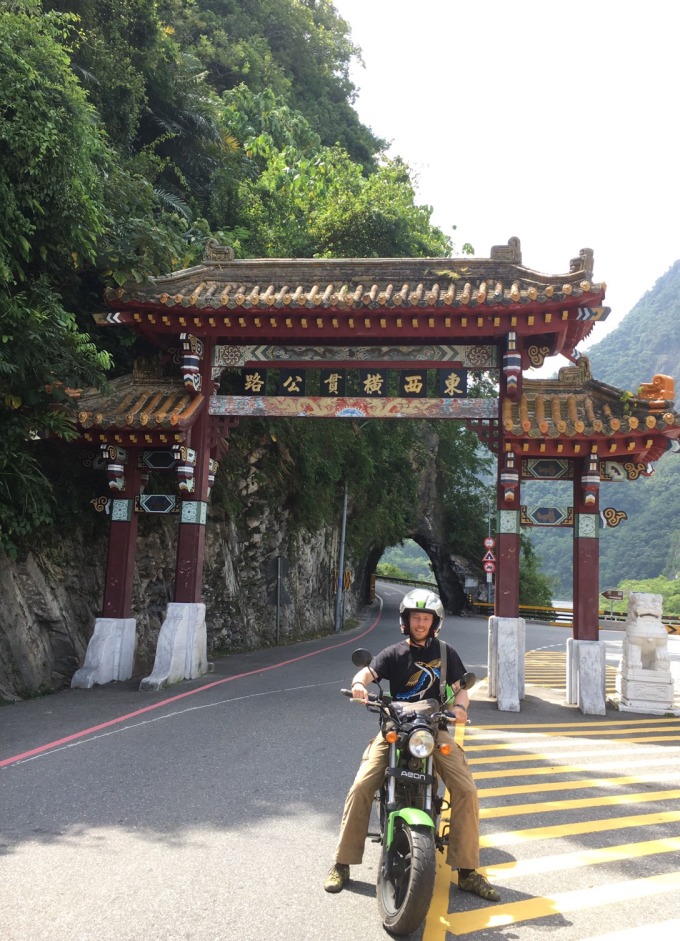 At the gate for Taroko Gorge

Taroko Gorge was gorgeous as always and we stopped several times on the way to our hotel in Tianxiang, the little village which is almost the last outpost before the cross island highway starts.

Temple by the gorge entrance. 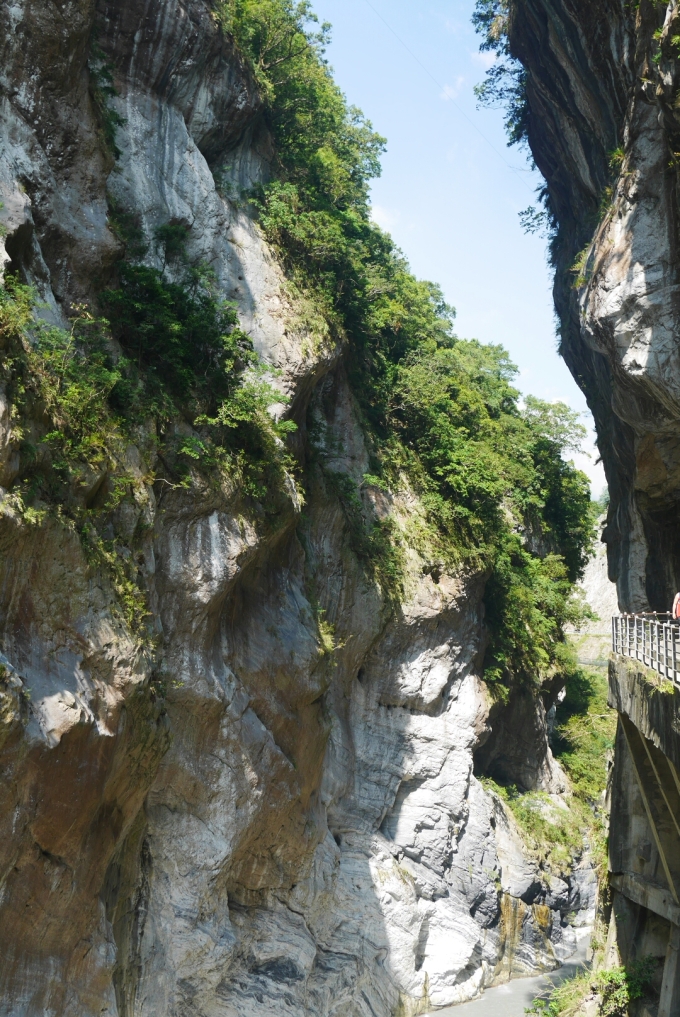 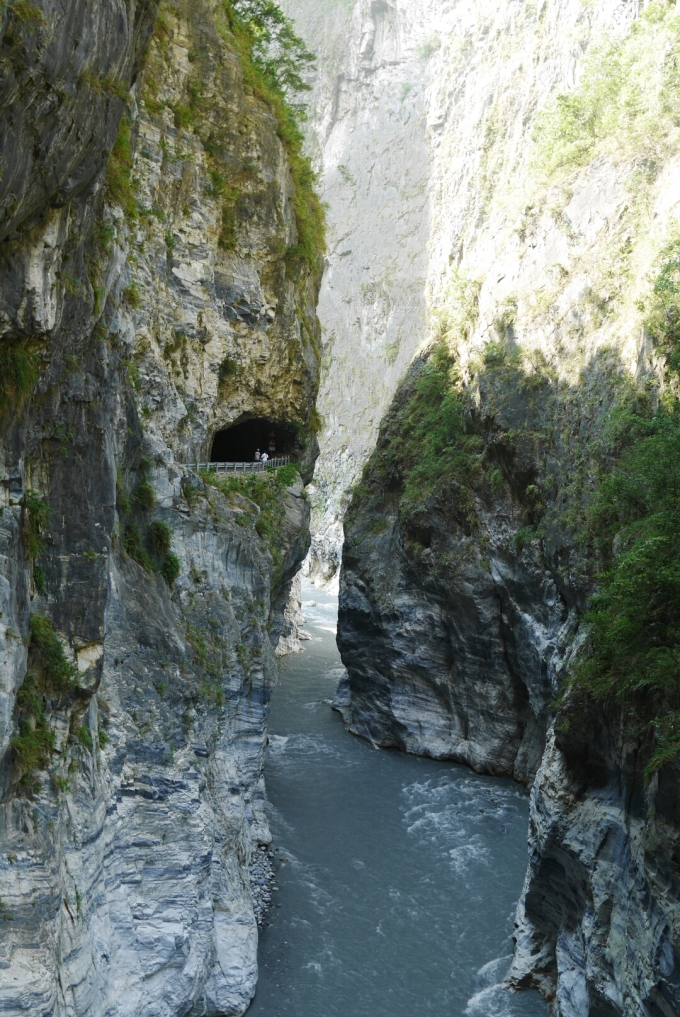 After checking in and resting for a little while we headed out again to try some of the walking trails in the nearby area. The Lushui (Green water) trail was kind of secluded and not so many people on it, but also not particularly spectacular by Taroko standards. We did however see a monkey but weren’t able to take any pictures of it. 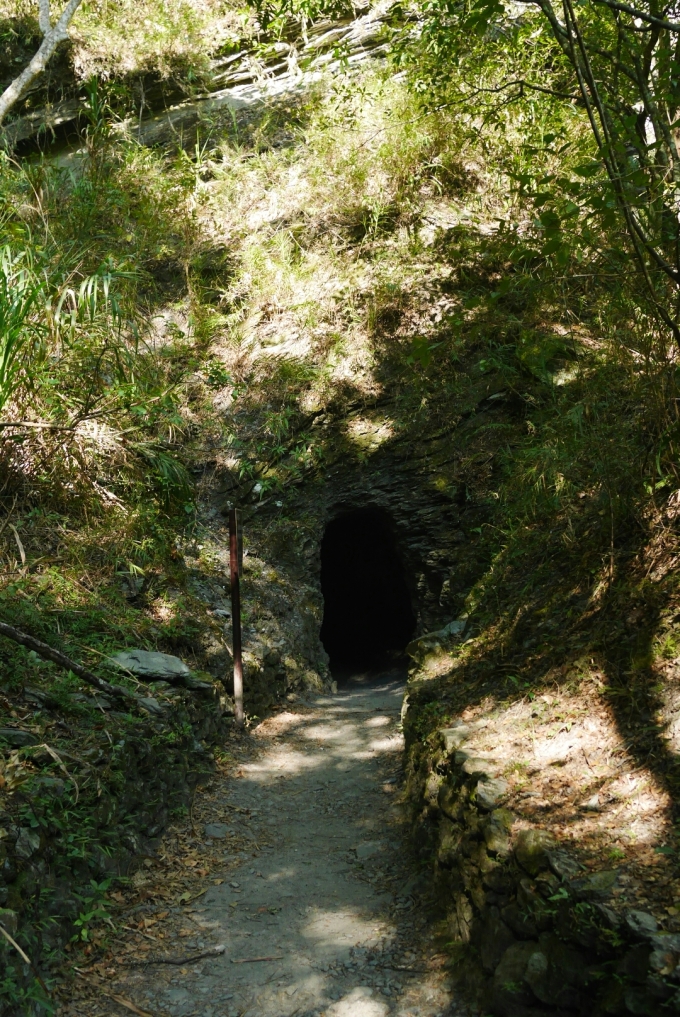 The second trail we walked was the popular Baiyang trail. The trail is I much better condition than Lushui and there are more people. The first kilometer or so is a bit boring but other than that you have a number of tunnels (bring a flashlight) and some dramatic waterfalls. It ends in a cave with water raining from the ceiling and running along the floor. It’s worth going inside but remember to bring a rain jacket if you don’t want to get drenched.

Random photos from the trail. 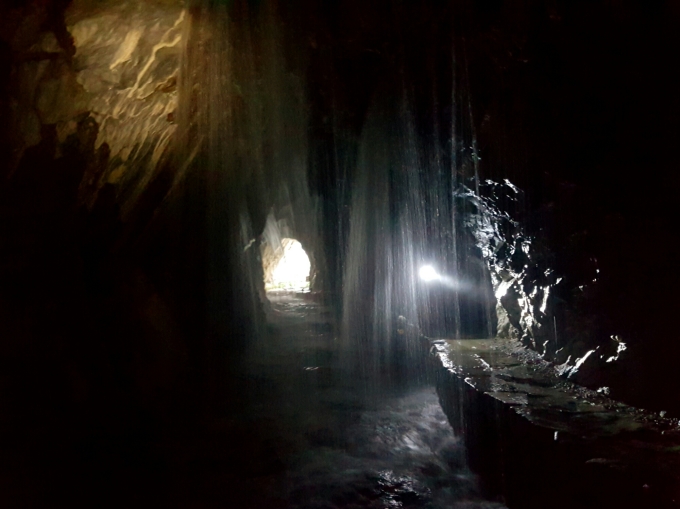 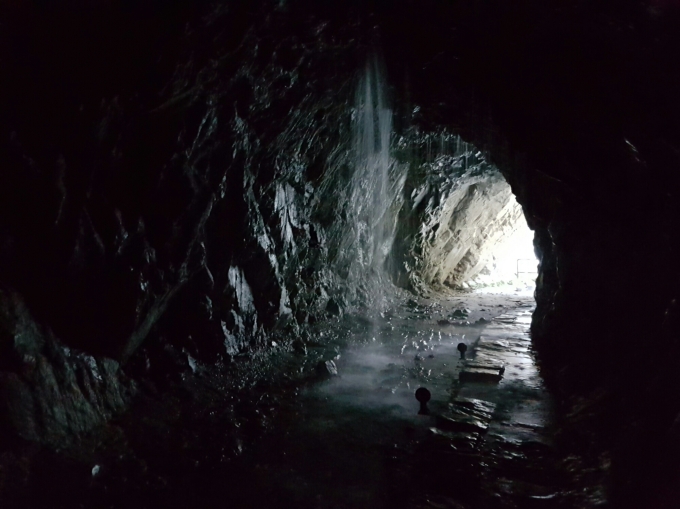 It’s not easy taking photos in a cave with water pouring down.from the ceiling, let me tell you.

The other side of the water cave.

When we got back from the Baiyang trail the sun had started to set, so we headed back to the hotel. Up here in the mountains there’s not much going on after sunset, so we had dinner then called it a night. Tomorrow we set off across the island.