Many of the people I’ve met on this trip seem to be masters of the ancient mystical art of hanging out as they get stuck in places for days. I am but an amateur of the art and after staying a few days in one city I start to feel restless. So, eye healed and.the major sights of Luang Prabang ticked off from the list I set out towards Vang Vieng. I was there back on 2009 so didn’t have to come back but I wanted to see how much has changed since then. You see, back then Vang Vieng was the party Mecca of southeast Asia, a whole town dedicated to backpacker hedonism . In 2012, after some backpackers died due to the I’ll advised combination of drugs and swift flowing rivers, the government made a big raid and closed down the ramshackle rave bars by the river. Because of this there might be some significant change.

Something I’ve failed to mention in other posts is bike maintenance. Since I bought a “new” motorbike I haven’t had any critical breakdowns except the chain jumping and I can fix that in a matter of minutes. I have however done some preventative maintenance to avoid future trouble. The reason the chain kept jumping was because the sprocket had really worn out teeth so I got that changed along with a new chain. I also had a bit of a rattle in the front wheel from a busted bearing, it wasn’t that bad but I had it changed all the same. The mechanic who did that saw that the back tire was a bit worn down so I got a new one, hopefully that can keep me from getting a flat tire.  One thing that has broken though is the luggage rack, the welds just couldn’t withstand the bumpy roads here in Laos. I got that fixed this morning but it broke again in a few hours so I’ll have to figure out something else there.

Some roadside shots are a must

Though the bars may be gone, the town is still the most touristic I’ve seen in a long time, even more so than the backpacker ghetto in Ho Chi Minh city. I will find out exactly how much has changed when I go tubing within the next days.

One thing I noticed now that I didn’t really pay much attention to the last time is that the nature around this place is really spectacular. I mean, the nature has been consistently spectacular since I left Vietnam but this is just that little bit better. 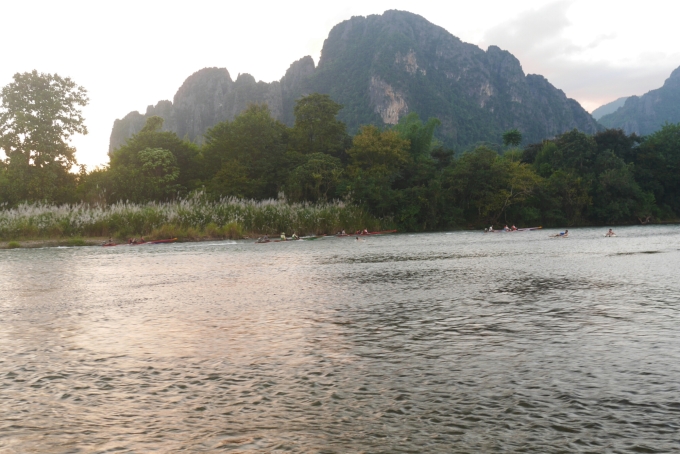 The river, just as the sun starts to set. 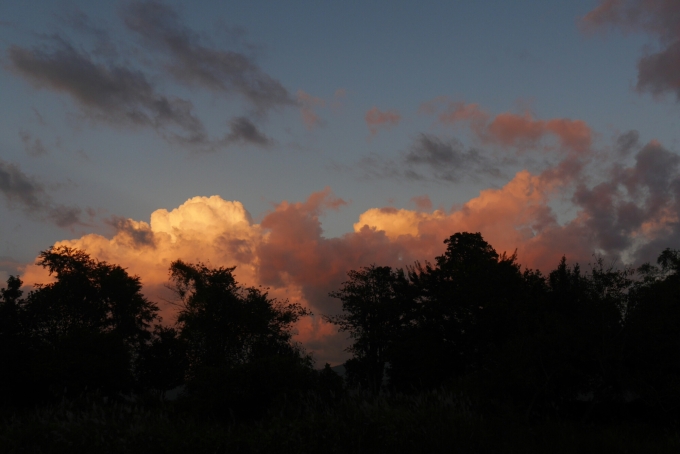