I’ve been on the road for two days now. My goal was Thakhek  which is just a little bit too far to do in one day.

Just a short distance outside Vientiane is a park called Xieng Khuan Buddha park. It is meadow full of Buddhist and Hindu statues. Though many of them look ancient they were made using concrete starting in 1958 by a priest-shaman called Luang Pu Bunleua Sulilat. The statues depict all manner of gods and creatures out of Buddhist and Hindu mythology; it’s a mix between weird and scary. The most prominent statue is a large pumpkin like thing, the inside of which depicts Buddhist hell. 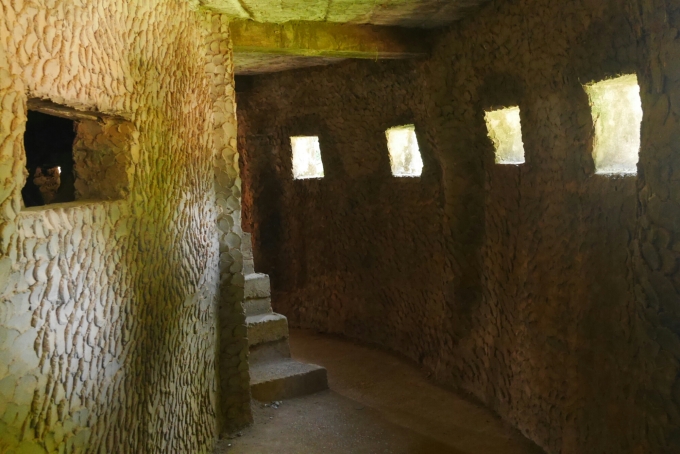 Corridor inside the pumpkin 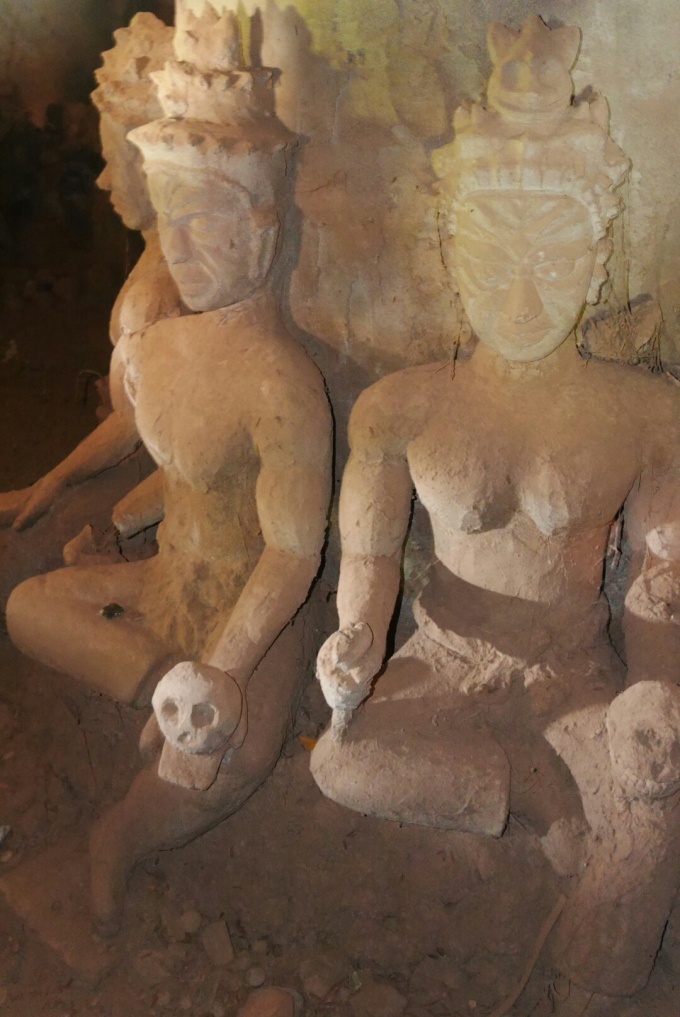 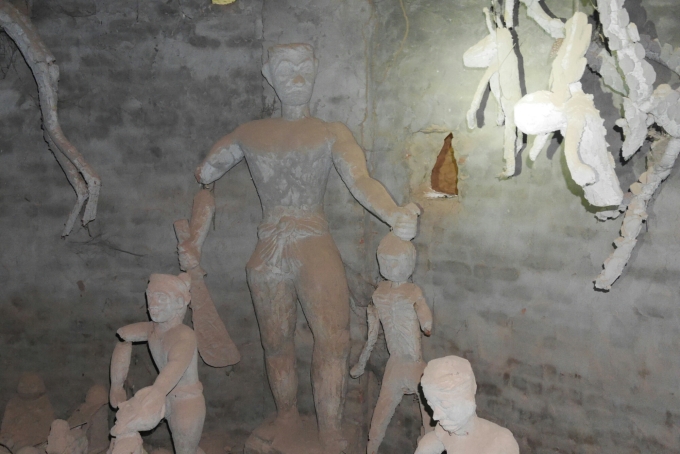 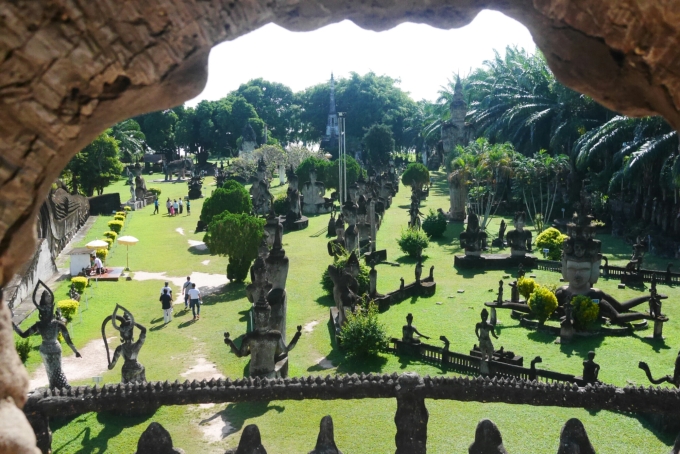 View from the top of the pumpkin

Scenes from the life of the Buddha 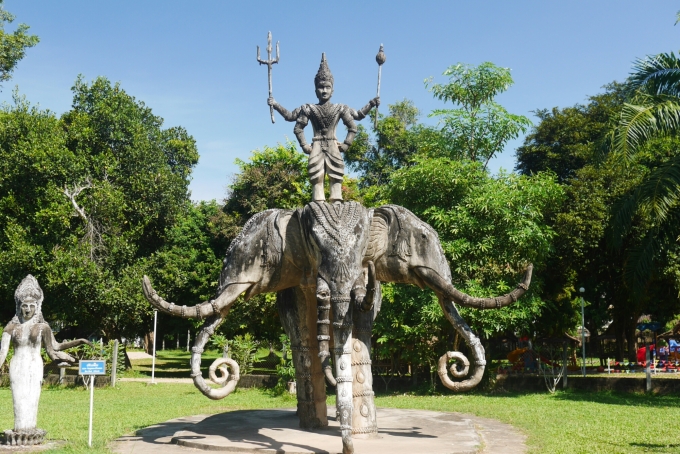 Three headed elephant, why not

Kind of stupa at the end of the park

The park from the other end 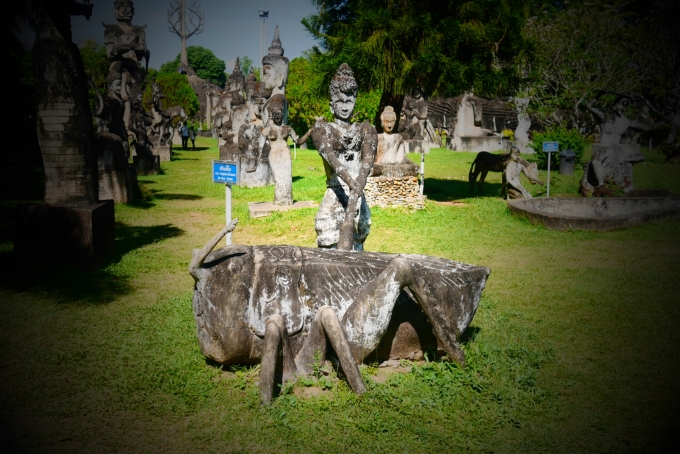 Pulling a grasshoppers leg for some reason 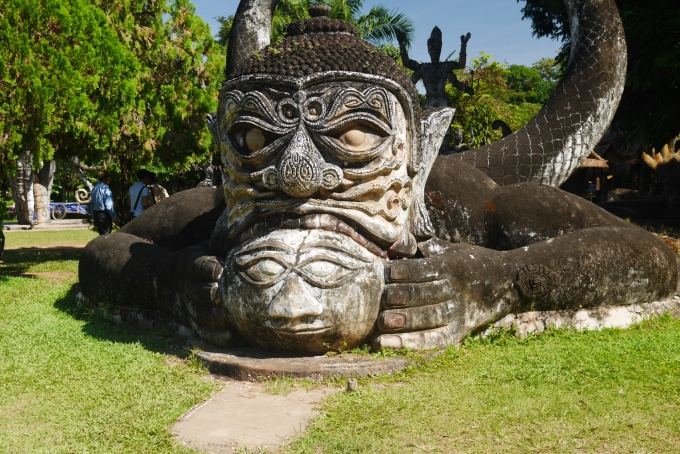 This guy is really scary 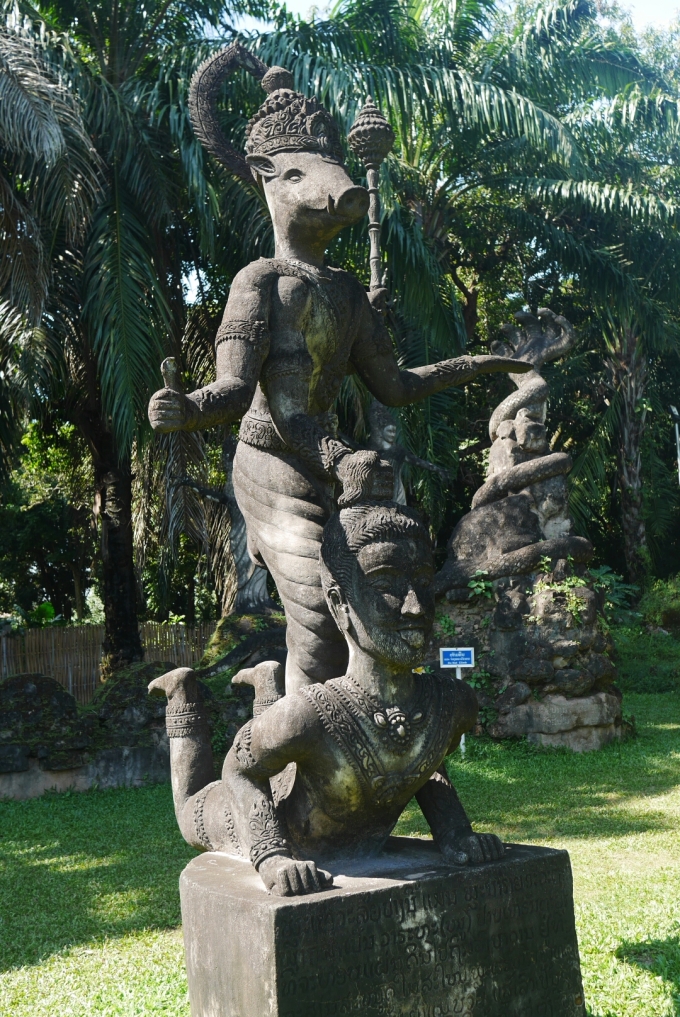 This is also a strange scene 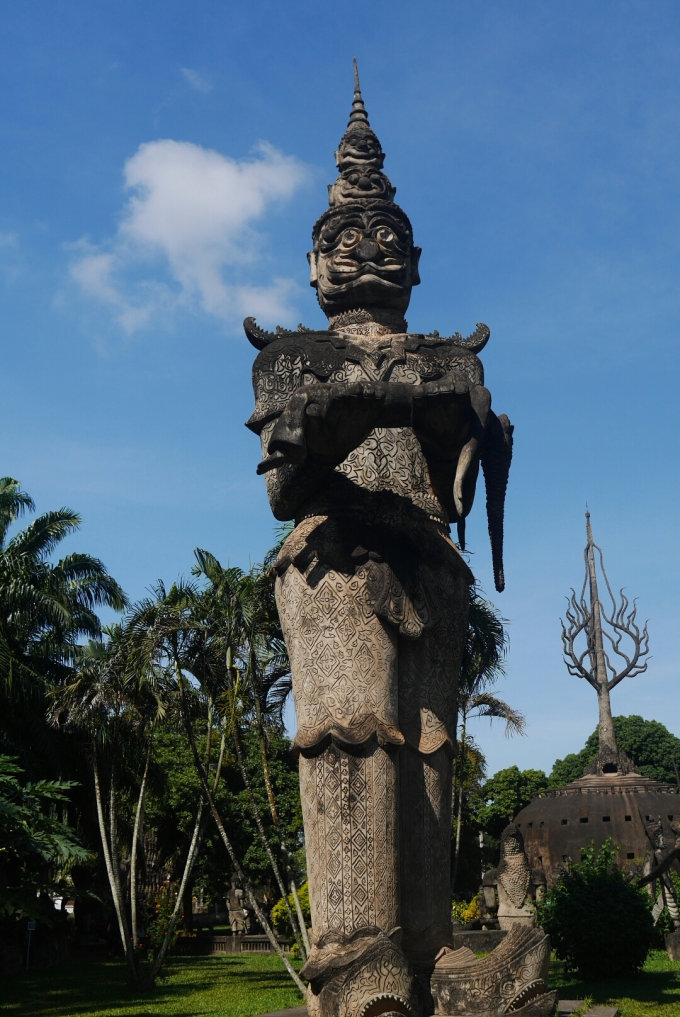 Me in the mouth of the hell pumpkin

After visiting the statue park I set off towards Thakhek. The first few kilometers after leaving the park was dirt road and though it’s not the worst I’ve been on during this trip it was a pretty good baptism of fire for my new and improved luggage rack. I am happy to report that the rack held up, seemingly without damage. Once I got back on the main road things went smoothly. I stopped for the night in a small town called Pakxan, nothing much to see there but there was a decent guesthouse; the lady at the reception actually spoke good english.

The road from the statue park (the not so bumpy part)

I left Pakxan in the morning, thinking it might take some time but it was smooth going and I reached Thakhek early afternoon. I spent the rest of the afternoon preparing for the next part of my journey, looking up maps and buying provisions. In the evening I met a Dutch couple who have been traveling by motorbike all the way from the Netherlands. We spent the eving drinking beer and swapping stories of bad roads and breakdowns.