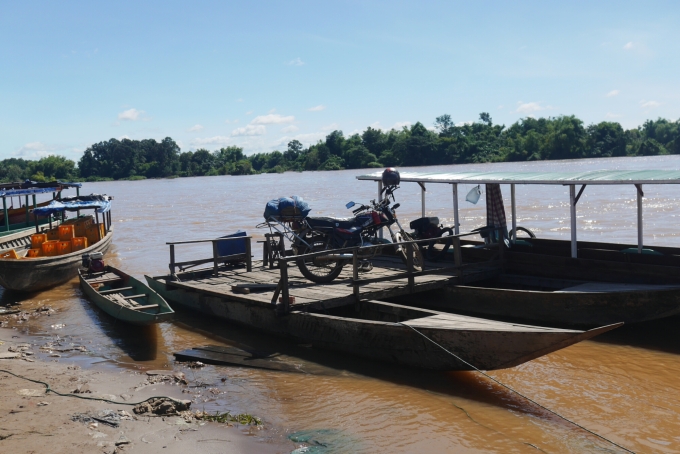 Except for ziplines there are plenty of watetfalls on the Bolaven plateau and the area around Pakse. Normally I would want to visit all of them but the next stop on the way to Cambodia, Four Thousand Islands, had such an interesting name I wanted to go there earlier. The main island that travelers visit is Don Det which can be reached by a small ferry from Nakasong. When I reached the ferry terminal I was excited to see that the ferry was actually just a small catamaran built by two narrow boats connected by a wooden platform with a long tail outboard in the back. I rolled my motorbike down to the riverbank and the boat driver helped me push it up the ramp.

My motorbike on the “ferry” 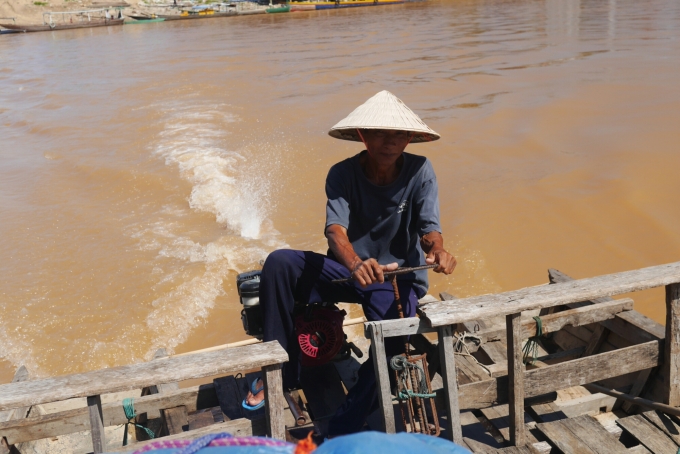 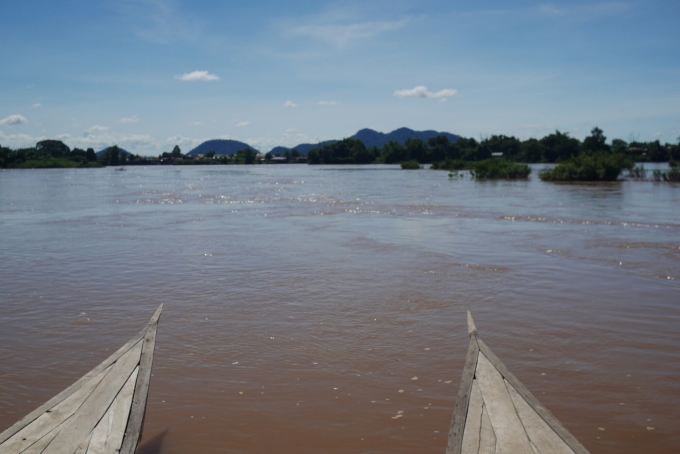 Getting closer to Don Det

Apparently I was the only passengers so after waiting a few minutes we set off across the Mekong.  Don Det is kind of like a miniature Vang Vieng with guesthouses and restaurants all along the waterfront on both sides, with bungalows just down the water. I do think, however that this place is  little bit less exploited than Vang Vieng; at least you see a few locals at the bars who aren’t  working there.

The landscape wasn’t quite so spectacular as I thought it would be (I’m sure it’s awesome seen from above) and it was sweltering hot when got there so I didn’t really feel like sightseeing. A lot of people were hanging around in one of the restaurants watching reruns of old Friends episodes but I didn’t feel like doing that either. Instead I rented an inner tube and went floating down the river, just like tubing in Vang Vieng but without the bars. There was even a small rope swing in a tree which was fun. Cooling off for a bit after sitting half out of the water under the blazing sun was nice too. 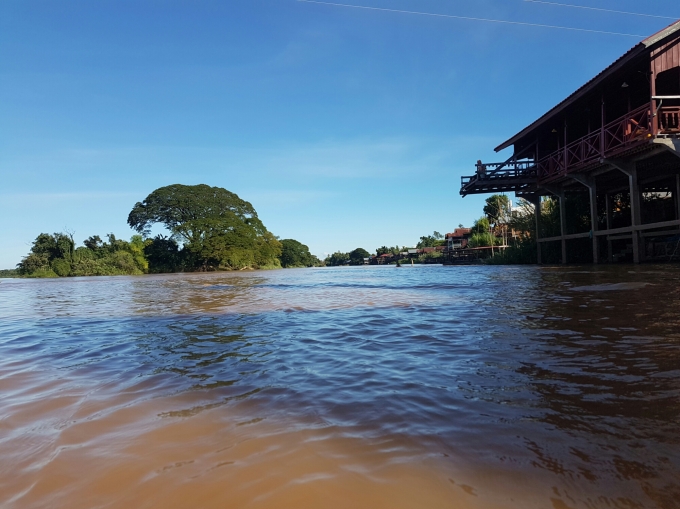 Starting to float down the river 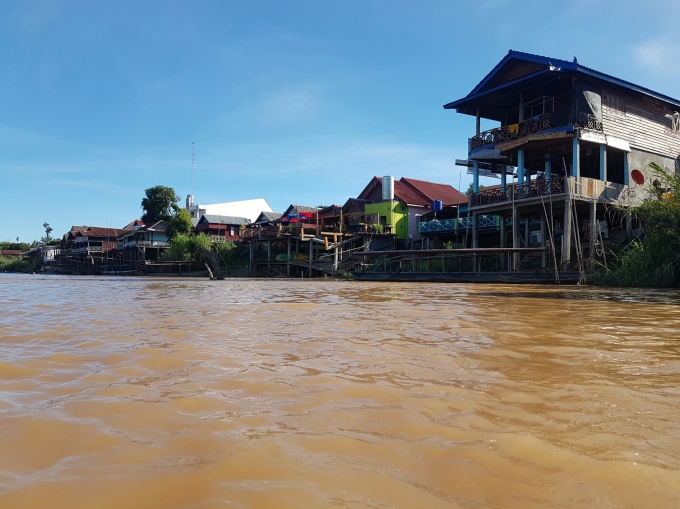 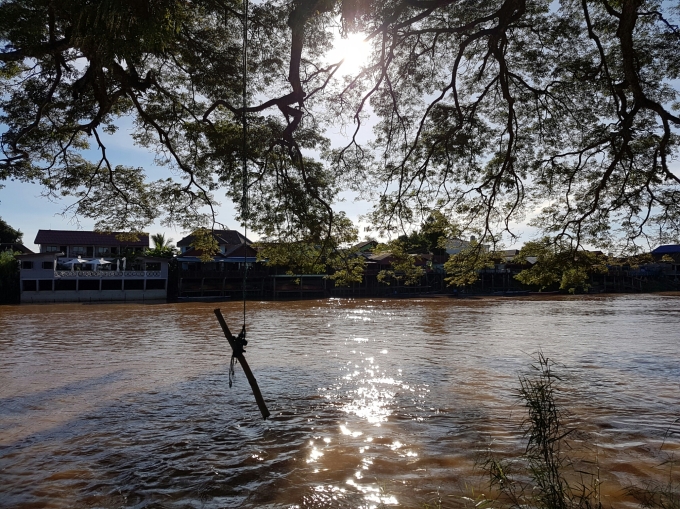 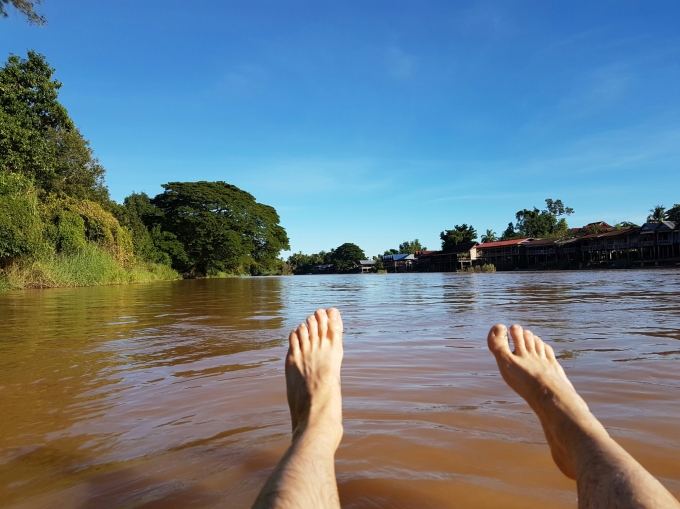 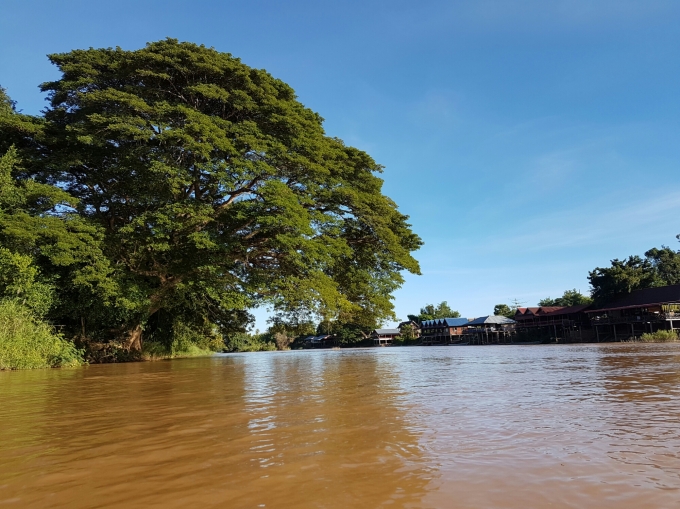 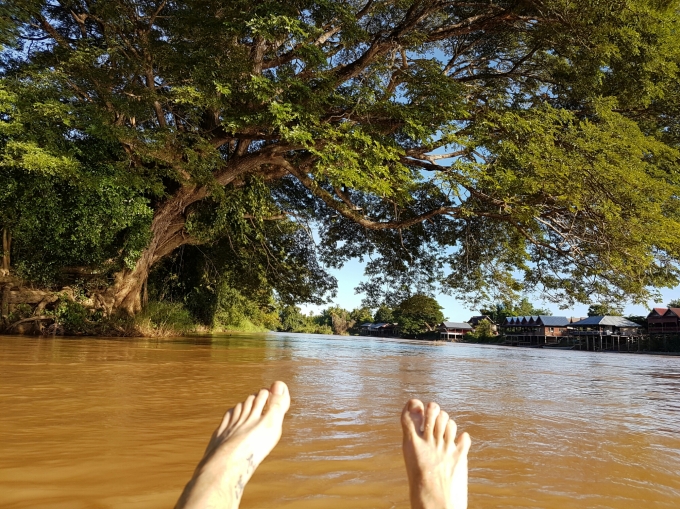 Towards the next big Tree 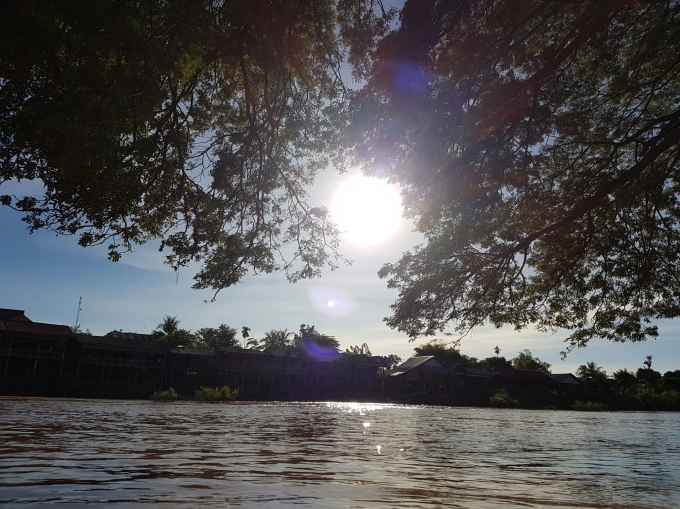 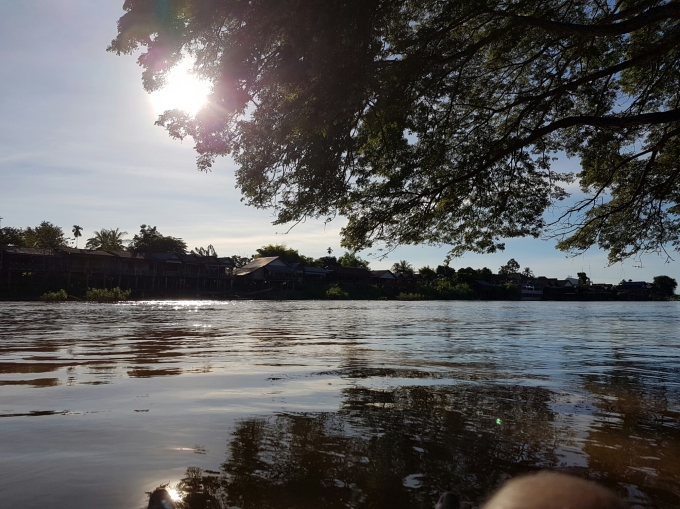 Have some low sun art photography 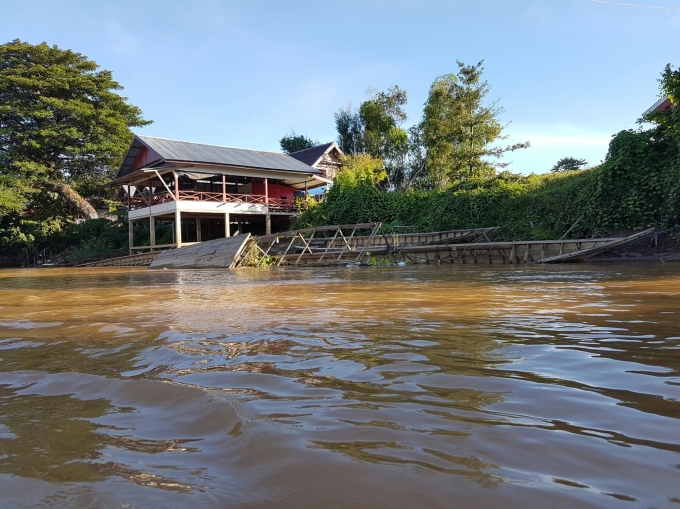 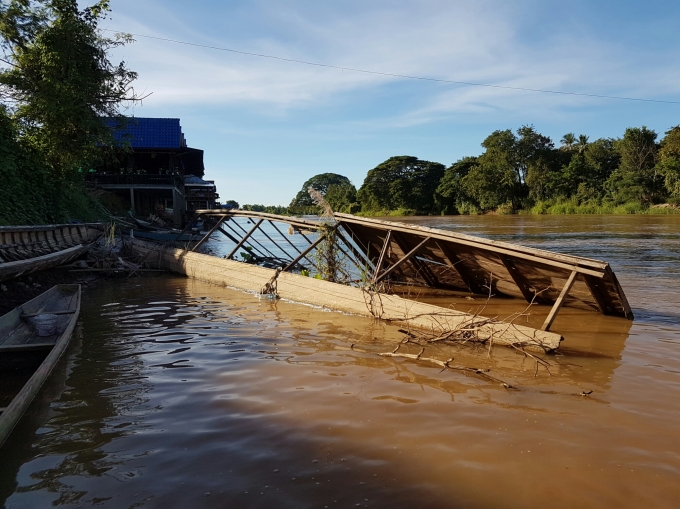 When I got back from tubing it was rather late in the afternoon so I got my book and just lay in the hammock reading for a while. Around five I moved out on the porch to watch the sunset which was possibly even more beautiful than the one in Vientiane. I finished the evening with some Mekong catfish Laap (Lao meat sallad) at a nice restaurant. 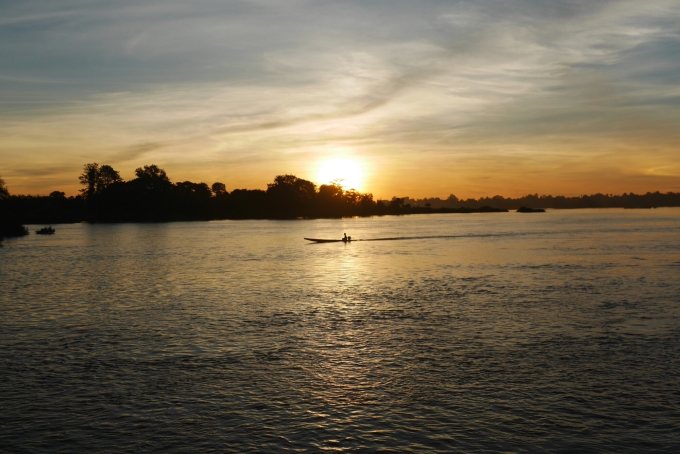 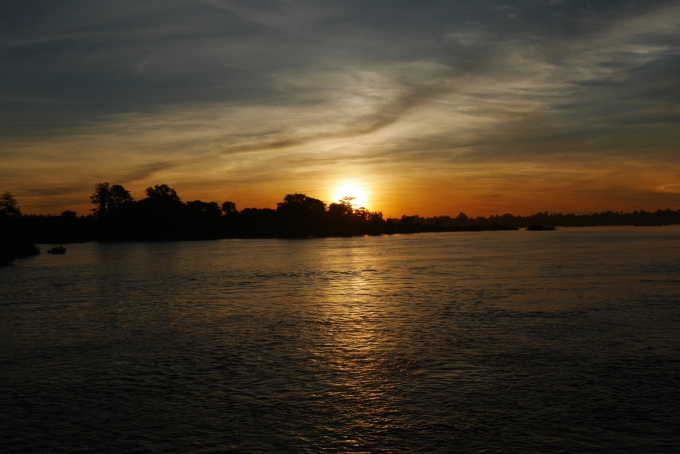 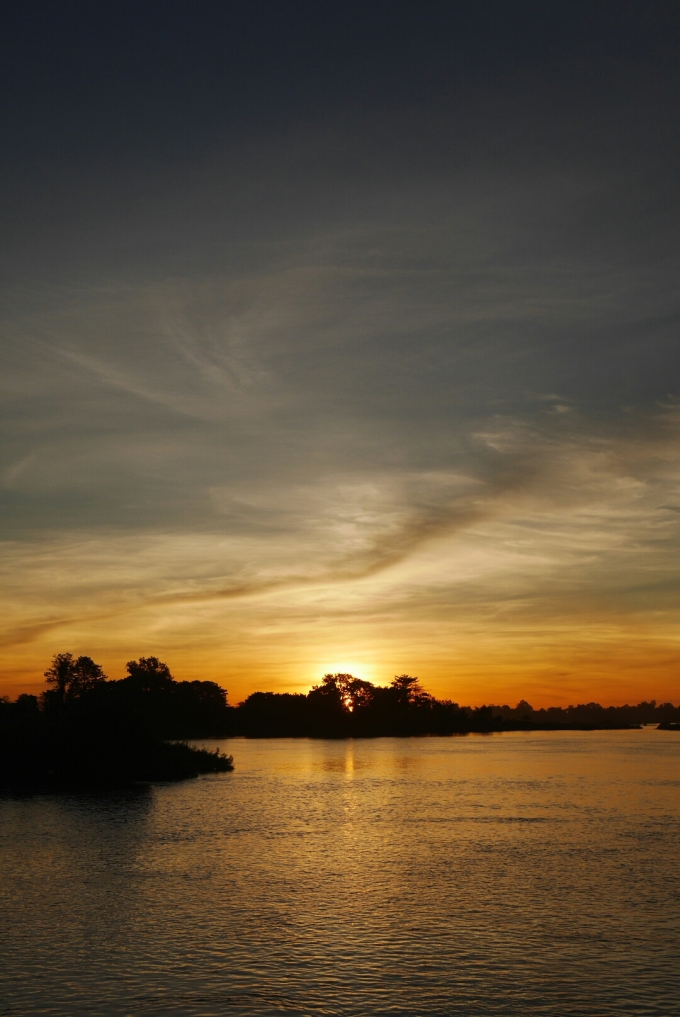 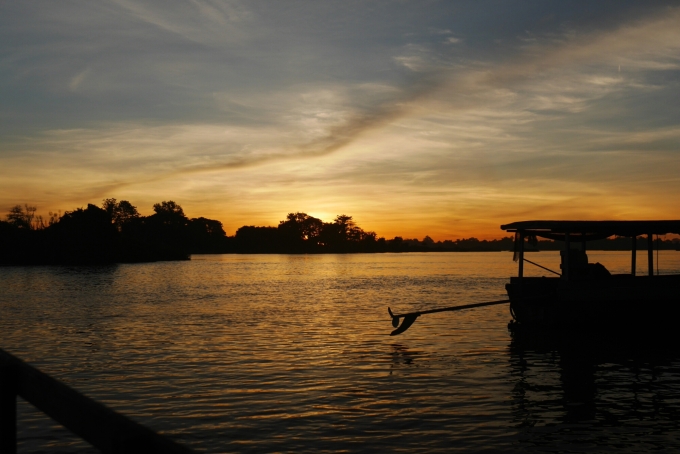 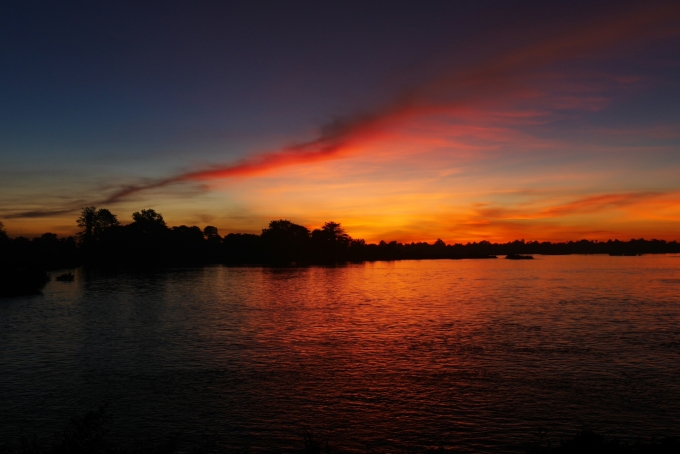 Final shot just before it gets dark