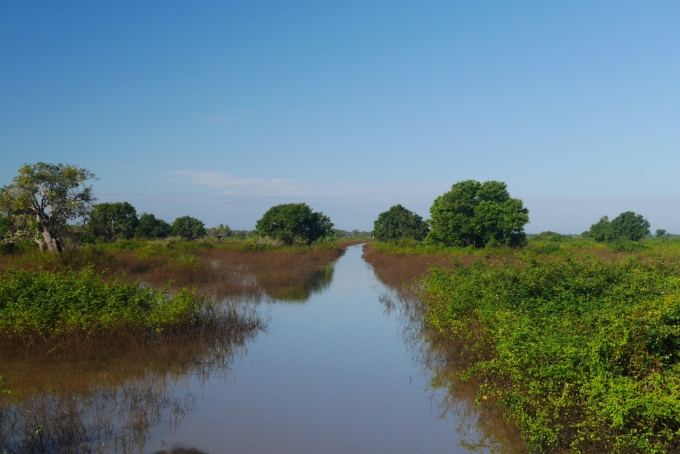 My tagline is “the journey is part of the destination” and today this was certainly the case. I wanted to go to Battambang and there is a bus but I heard that the boat, though slower and more expensive, is a worthwhile experience so I decided to try. At seven in the morning a minibus picked me up and brought me out of Siem Reap down to Chong Khneas on the shore of the Tonle Sap. From tjere I got on the boat which was quite a simple thing made from wood, with a thumping diesel engine in the back and controls that looked like they’ve been cannibalized from an old can. Once the boat became full, with half the people sitting on the roof, we set off through a landscape quite similar to that of  4000 islands, with little green islets dotting the river.

After a while we entered a channel going through a forest of submerged trees. It was so narrow the branches kept scraping against the sides and I had to keep ducking to avoid getting slapped in the face.

Further in to the channel

Traffic on the channel 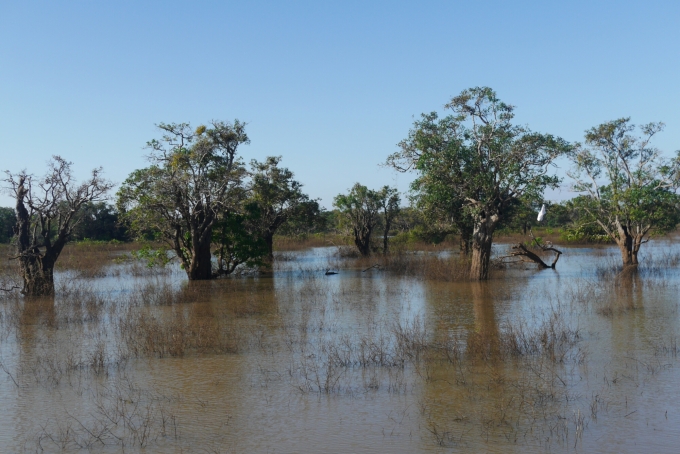 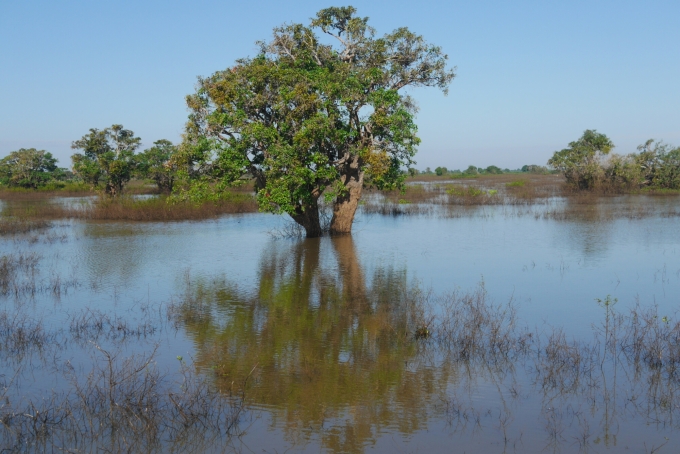 When we left the channel, we had open water for a while before we started seeing floating villages. The first one actually had a name but the rest don’t seem to exist on the map. I know that the buses in this region act as a kind of postal service, stopping here and there to pick up people and packages. Apparently the boats are the same because we stopped a few times, small boats paddling up to us and handing a package to the driver. 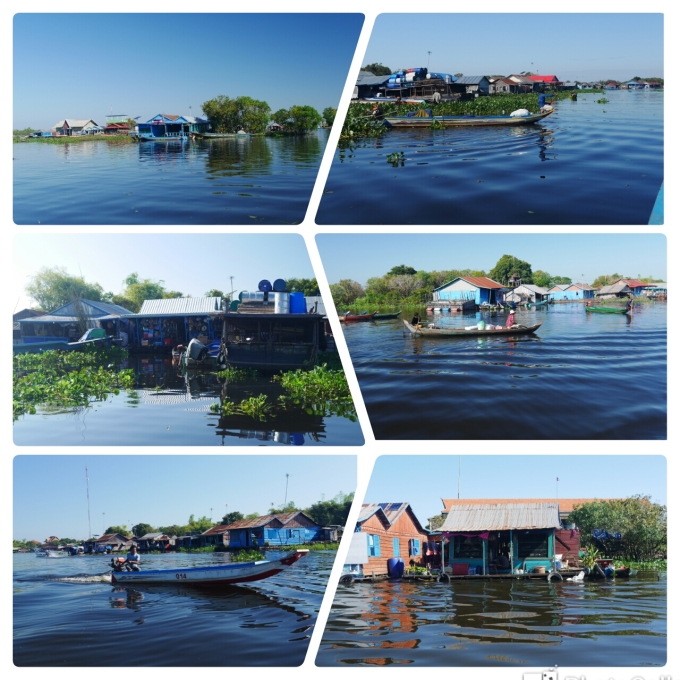 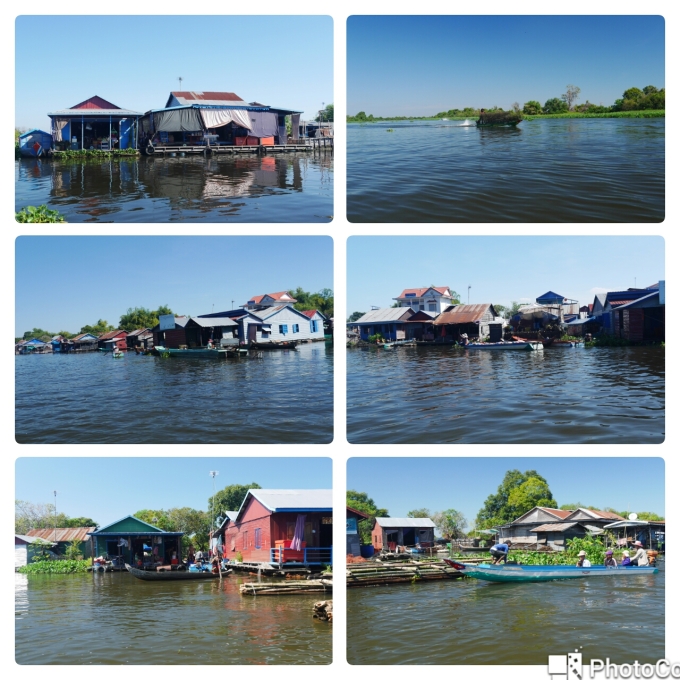 This lady came pick up a package form the driver. 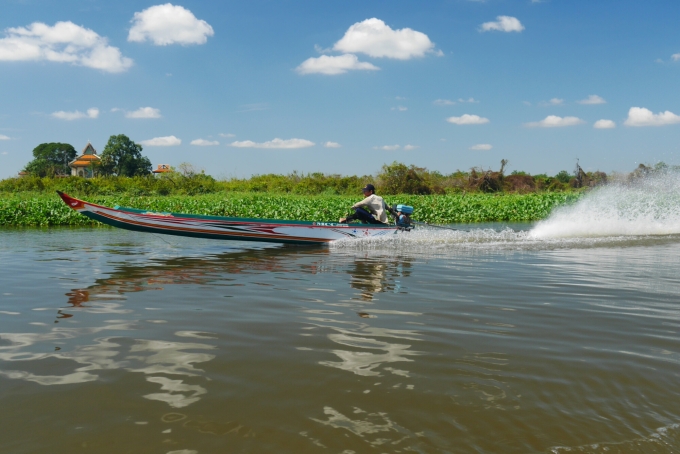 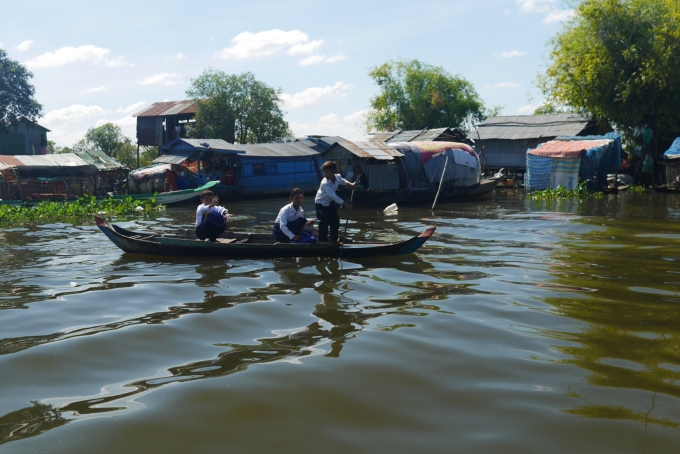 Kids on the way to school

After leaving the last floating The going got pretty tough, not only was the the channel very narrow, there was such a mass of floating vegetation that it was like sailing through a field. It’s kind of strange to seeing a whole field moving as the wake of the boat goes through it.

Sailing through the fields

Eventually we reached a normal river, with banks and solid ground on both sides. At that point it became a bit less interesting but on the whole it was a memorable experience. Who knew taking a passenger ferry could be such an adventure? When I reached the city it  already late afternoon and no real point to go sightseeing, So I took it easy, making plans for the following days. 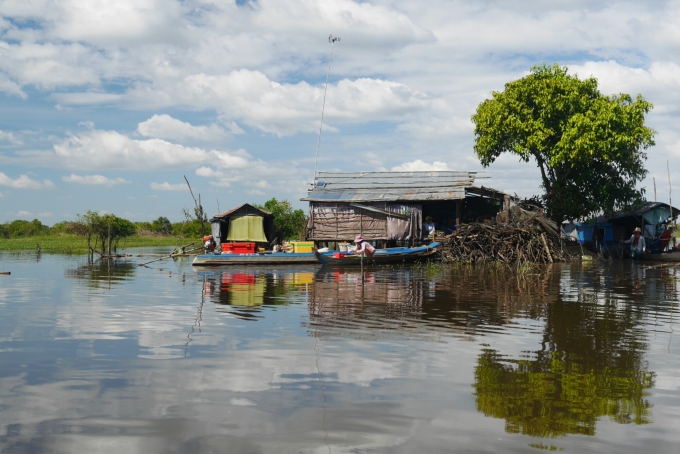 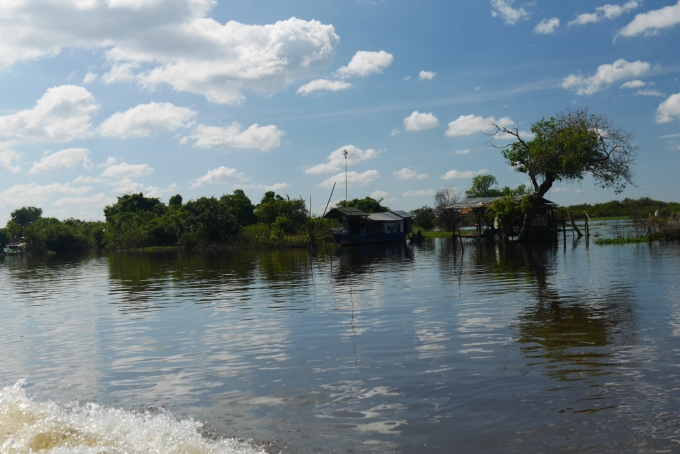 Clouds reflecting in the water 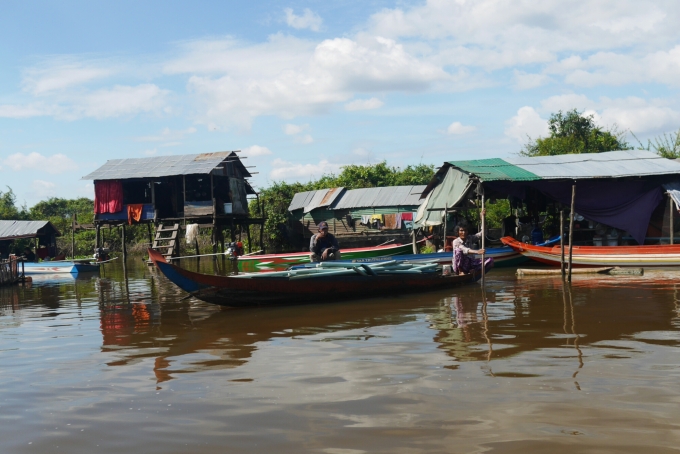 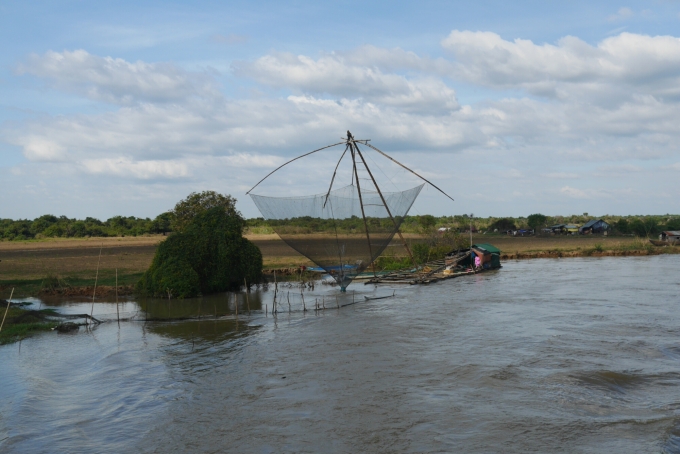 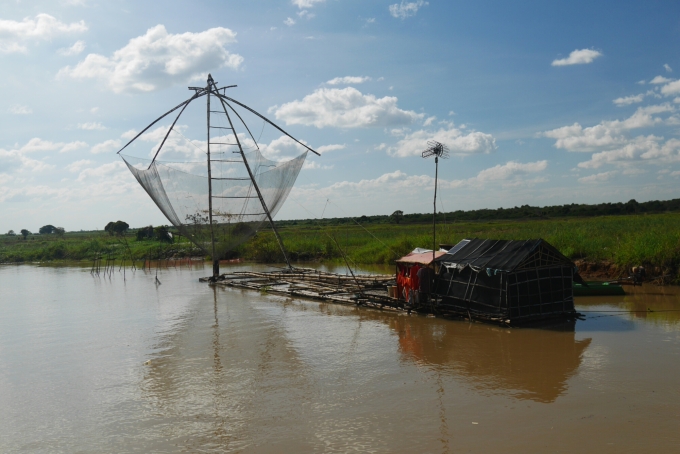 Look, fields and river banks, like a proper river.

P.S. Unless you are short on either time or money, I definitely recommend taking the boat between Siem Reap and Battambang. Which direction you do it in shouldn’t matter but remember to bring sunscreen and a hat if you want to sit on the roof.